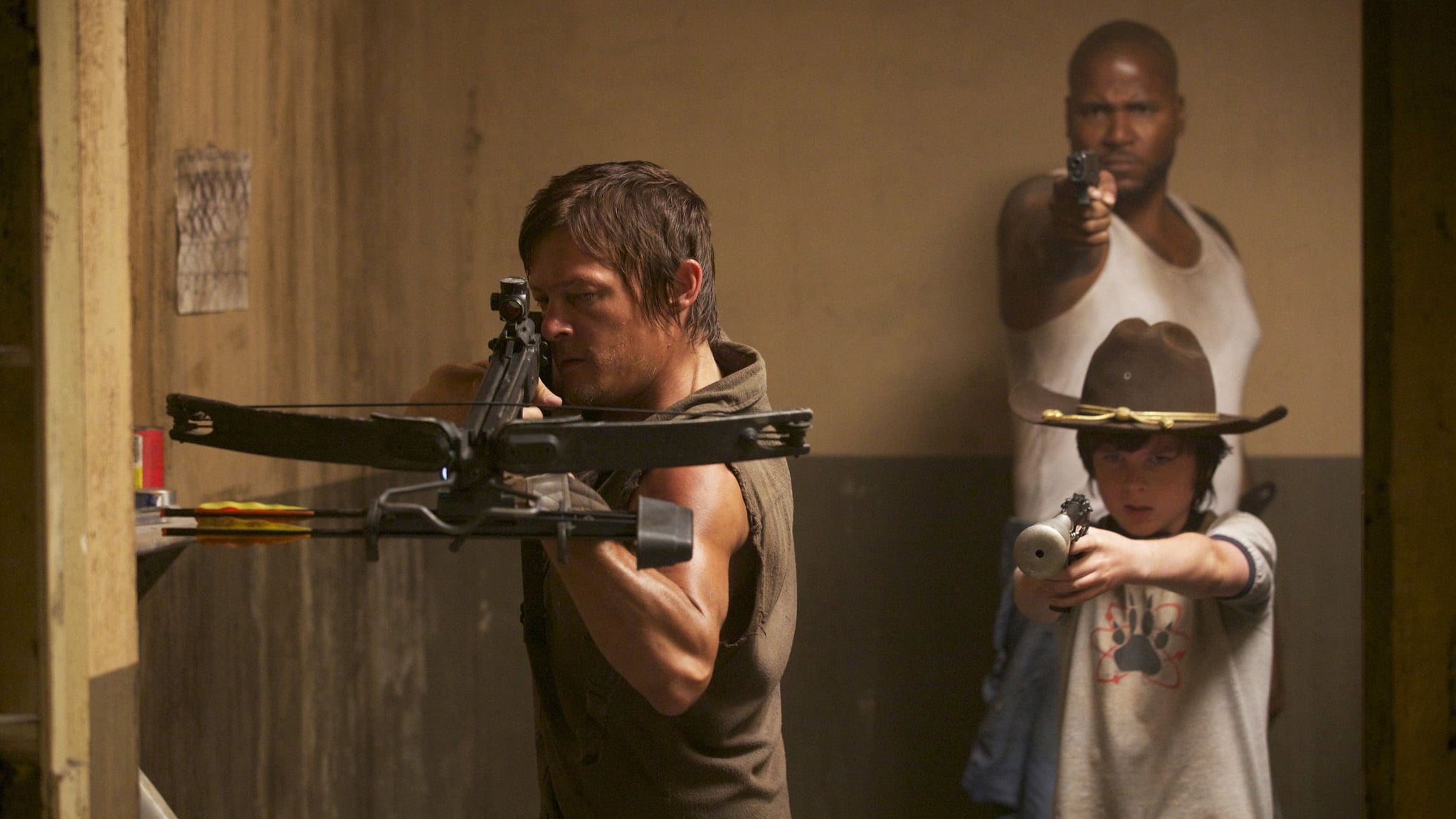 Rick talks to the person on the phone. The person at the other end of the line, a woman, says she will think about allowing Rick and his group to merge with hers. She then hangs up, prompting Rick to check on Carl and the others. Later, he gets a call from a man in the woman’s group. The man begins to question Rick, including asking the circumstances of Lori’s death. Rick refuses to answer, and instead hangs up and breaks down crying.

Rick later informs Hershel of the other group, but when Hershel picks the phone up, he hears only static. Hershel asks Rick if he wants to talk about it, but Rick declines the offer.

Rick talks again on the phone, and the woman tells him that she is Lori. She informs him that he was “talking” to people who had died previously — Amy, Jim, and Jacqui. Rick breaks down again, saying how sorry he is for not telling Lori how he felt about her, and not being able to prevent her death. The call is disconnected, and Rick hangs up. He walks out of the prison. He holds his newborn daughter for a moment, before handing her to Carl.

While searching the lower levels of the prison, Daryl finds Carol’s knife in a Walker. Later, he notices a door budge and opens it, revealing a weakened, but alive, Carol inside. He takes her back to the others.

Merle, Tim, Crowley, and Gargulio search the woods for Michonne. She ambushes them, decapitating Crowley and impaling Tim, before escaping as Walkers arrive. Later, Merle and Gargulio are ambushed once again by Michonne, but Walkers appear drive her away. As she escapes she is shot by Merle. After losing sight of her, Merle suggests that they go back and inform The Governor that they killed her. Gargulio fears lying to The Governor. Merle shoots him, going back himself.

Glenn and Maggie make their way to town. Michonne sees them from behind a car, and watches as they gather supplies. Merle then sneaks up, and Glenn and Maggie raise their guns toward him. Merle recognizes Glenn and asks about Daryl, learning that he’s alive. After a scuffle, Merle holds Maggie hostage and orders Glenn to drive the three of them back to Woodbury. Michonne takes the abandoned supplies and heads to the prison. As she is outside the gate, she is spotted by Rick

Andrea and The Governor, whose real name is Philip, have a discussion, during which Andrea tells him that she belongs on lookout. He allows it. Later she is berated for recklessly going over the wall to kill a Walker. Andrea admits that she enjoyed the fights, and was angered that she enjoyed them. Philip then suggests that perhaps she likes him as well. They enjoy a drink outside, and end up sleeping together.