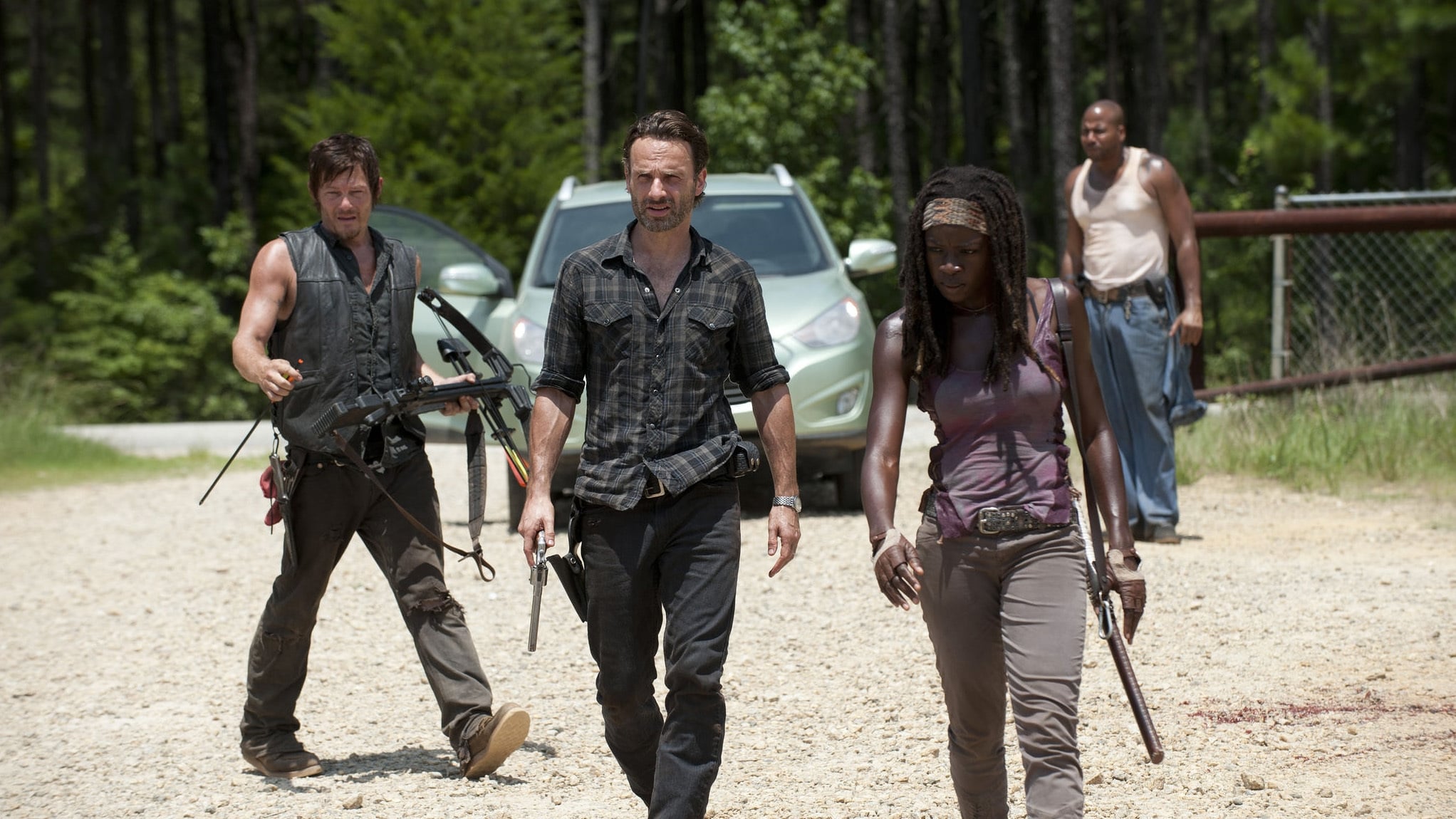 
Plot : When the Dead Come Knocking

Michonne stands outside the prison fence, surrounded by unnoticing Walkers (as she has smeared herself with Walker guts) and holding baby formula in a basket. After Michonne finally attracts the Walkers’ attention, Rick rescues her and brings her into the prison. She is questioned by Rick, and threatened by Daryl. Michonne tells the group of how two of their own were taken by the man who shot her. She offers to get Rick inside Woodbury to rescue Glenn and Maggie.

Meanwhile at Woodbury, Merle interrogates Glenn for the location of his group. Glenn is beaten. Merle sets a Walker on him, but Glenn still survives. He warns that his group will come for him. Merle seems to be concerned, because both Glenn and Andrea say that they went back for him when he was abandoned in Atlanta.

The Governor threatens Maggie with rape, but she also refuses to talk. However, when he threatens to kill Glenn in front of Maggie, she finally breaks and tells him about the prison and her group. The paranoid Governor tells Merle and Martinez to lead a group to scout the prison, inside the dangerous Red Zone.

Andrea assists Milton with an experiment to test if Walkers can retain any of their past memories. When their test subject turns and attacks, Andrea kills him.

After evading a large group of Walkers, Rick, Daryl, Oscar, and Michonne finally reach the walls of Woodbury.