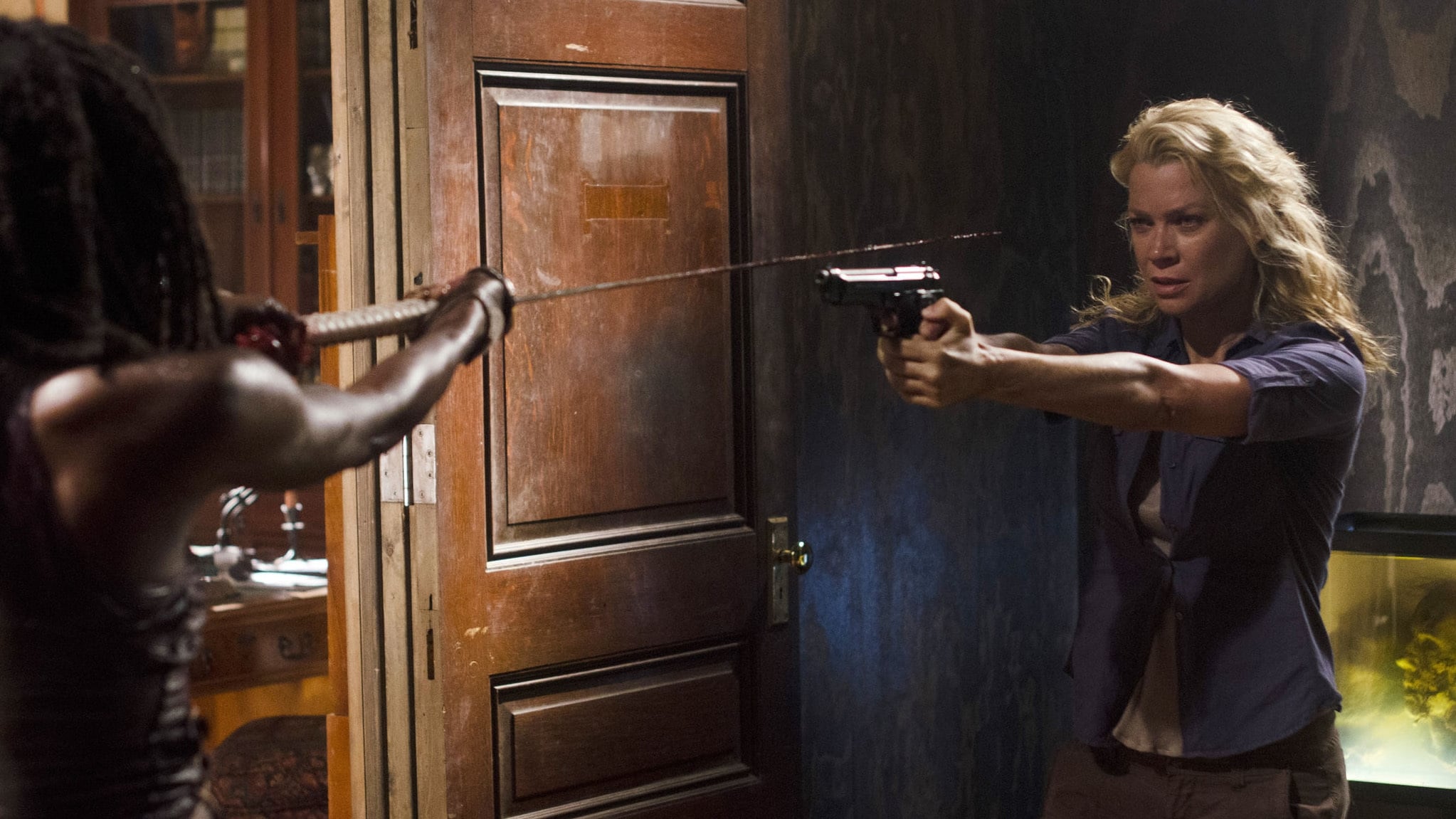 
Plot : Made to Suffer

A burly survivor, Tyreese, his younger sister Sasha, and their fellow survivors Ben, Allen, and Donna, fight their way through a walker herd in the forest. Donna gets bitten, but remains with the group as they take refuge in the back side of the prison. They are found by Carl, who leads them into the prison common room. He insists that Donna be killed since she was bitten on the arm. “We take care of our own,” Tyreese says. Sasha objects when Carl locks them in the room, but Tyreese points out this is the best living situation they’ve had in weeks.

The Governor tells Merle about his plan to wipe out the Survivors and let Walkers repopulate the prison. He doesn’t want to move his people into the prison himself; he simply doesn’t want competing survivors nearby. He suggests Merle enlist Daryl as their inside man.

The Governor orders Merle to bring Glenn and Maggie to the “screamer pits” before Andrea finds out about them. However, Rick and his group ambush Merle, as the town erupts in gunfire. The rescue team regroups, and Glenn tells Daryl that Merle is alive and working for The Governor. Daryl wants to find Merle to try and convince him to let them go, but Rick insists that he stay by his side.

Meanwhile, Michonne sneaks into The Governor’s apartment and waits for him to return. The rescue team makes a run for the wall. Andrea, disobeying The Governor, shoots at them, not knowing who they are. The group climbs over the wall and hides in the bushes, planning their next course of action. Daryl and Michonne are still missing from the group.

Later The Governor, now with gauze over his ruined eye, realizes Merle lied about Michonne being dead. He tells the angry and frightened crowd that Merle betrayed them to “terrorists”. He shows Daryl as proof. “You wanted your brother,” The Governor tells Merle. “Now you got him.”