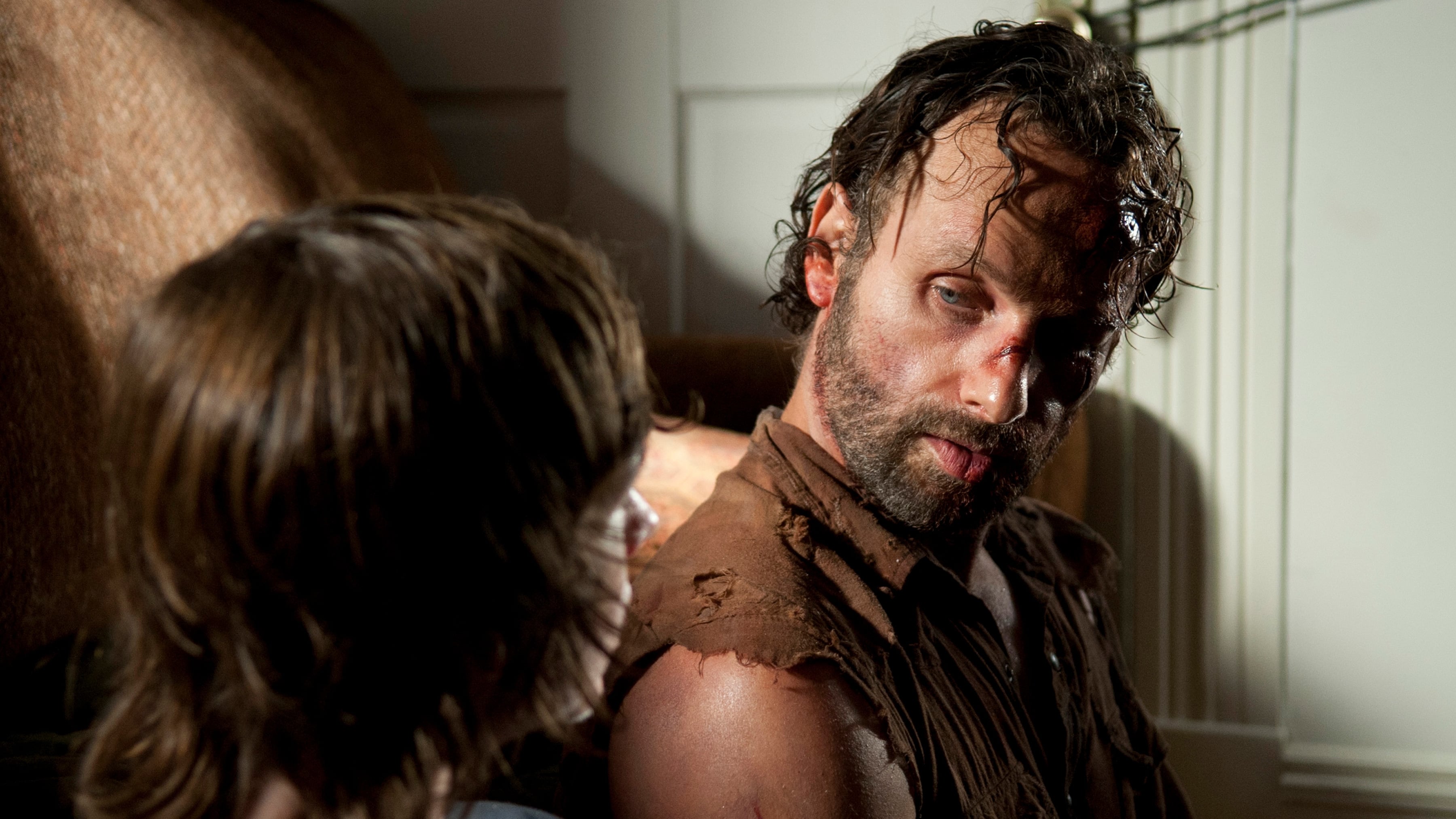 Michonne creates two new bodyguard Walkers, as she leaves the destruction of the prison behind. As she travels, she remembers her former life; how she wanted something better for her son and how in touch with people she used to be. After seeing a Walker that resembles her, she kills all the Walkers around, after realizing how far she could go in the life she’s choosing. She decides to find Rick and Carl to live life again.

Rick and Carl walk on the road, and find a house to fortify while they recuperate. Rick eventually slips into unconsciousness. Carl continues to be angry over the loss of the prison and Judith being dead. He blames his dad for not killing The Governor when he had the chance. Carl eventually realizes he can’t survive alone, as he can’t bring himself to kill his dad when he thinks he’s become a Walker. Rick fortunately turns out to be alive and well. The next day, Michonne finds them, much to Rick’s delight.