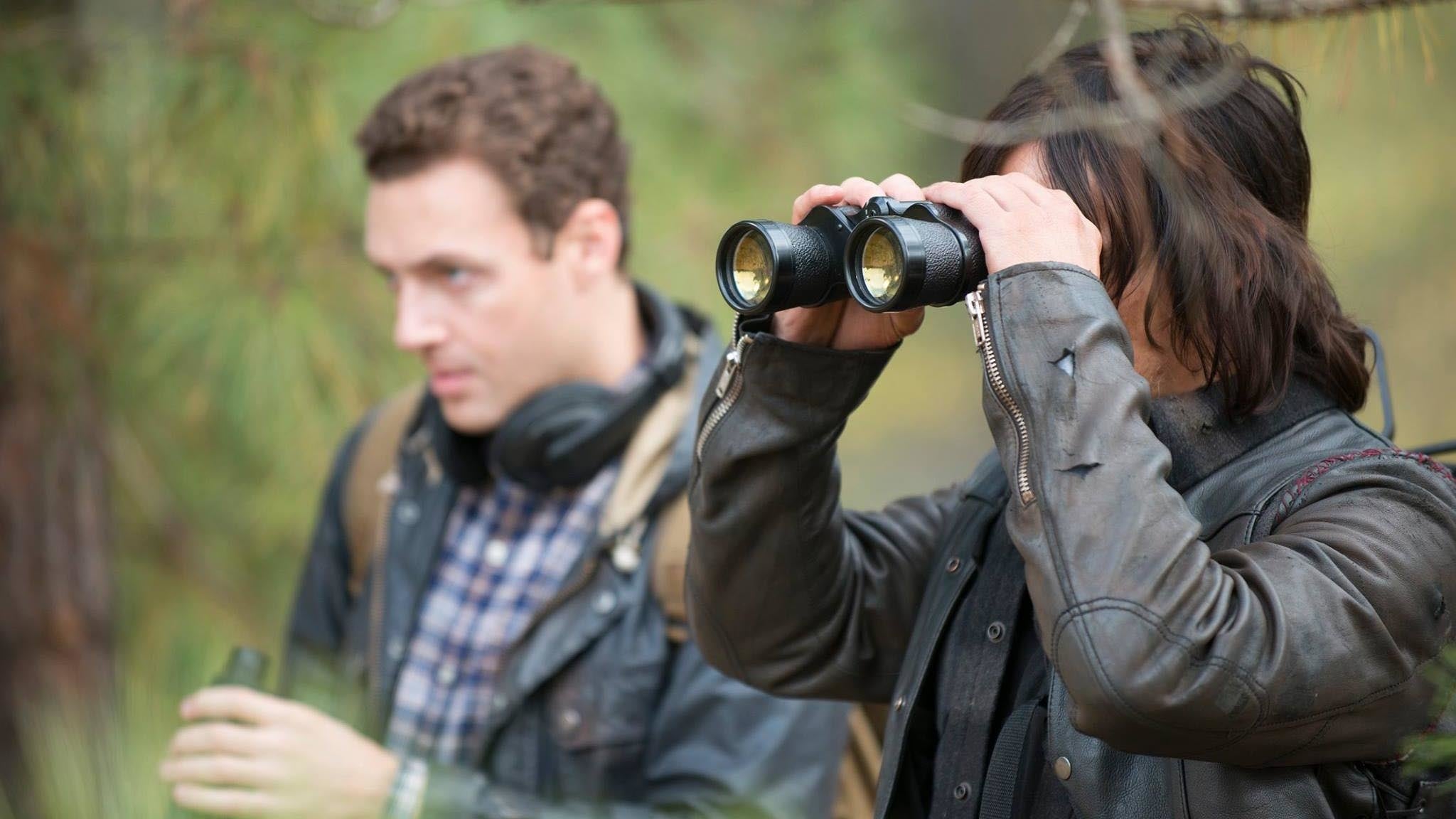 Daryl and Aaron continue on their recruiting run. While tracking a man in a red poncho, they stumble upon a compound that has Walkers in trucks, which they accidentally release. The two seek refuge in a car, and while planning their escape they are assisted by Rick’s acquaintance Morgan Jones.

Nicholas, instead of heeding Glenn’s warning that he is never to venture outside the gate again, sneaks out and dig up a gun that he had previously hidden. He then lures Glenn into the forest, where he attempts to shoot him. After a lengthy fight, Glenn finally gets the upper hand. He soon realizes, however, that he doesn’t have it in him to kill Nicholas. Instead, he leads his battered opponent back to the community.

After Pete and Rick’s brawl, Alexandria debates whether or not to exile Rick. His friends plan to vouch for him and hope for the best. As the meeting goes on, Rick encounters a Walker that got past the gate. He brings it to the meeting as evidence of how Alexandria’s overly-relaxed way of doing things can get them killed. He offers to teach the population how to defend itself. A drunken Pete shows up with Michonne’s Katana. Deanna’s husband tries to intervene, but gets his throat slashed and bleeds out. With Abraham holding Pete down, Deanna gives Rick the okay to kill Pete. He immediately does so. Rick then looks up and finds Morgan staring at him in shock.