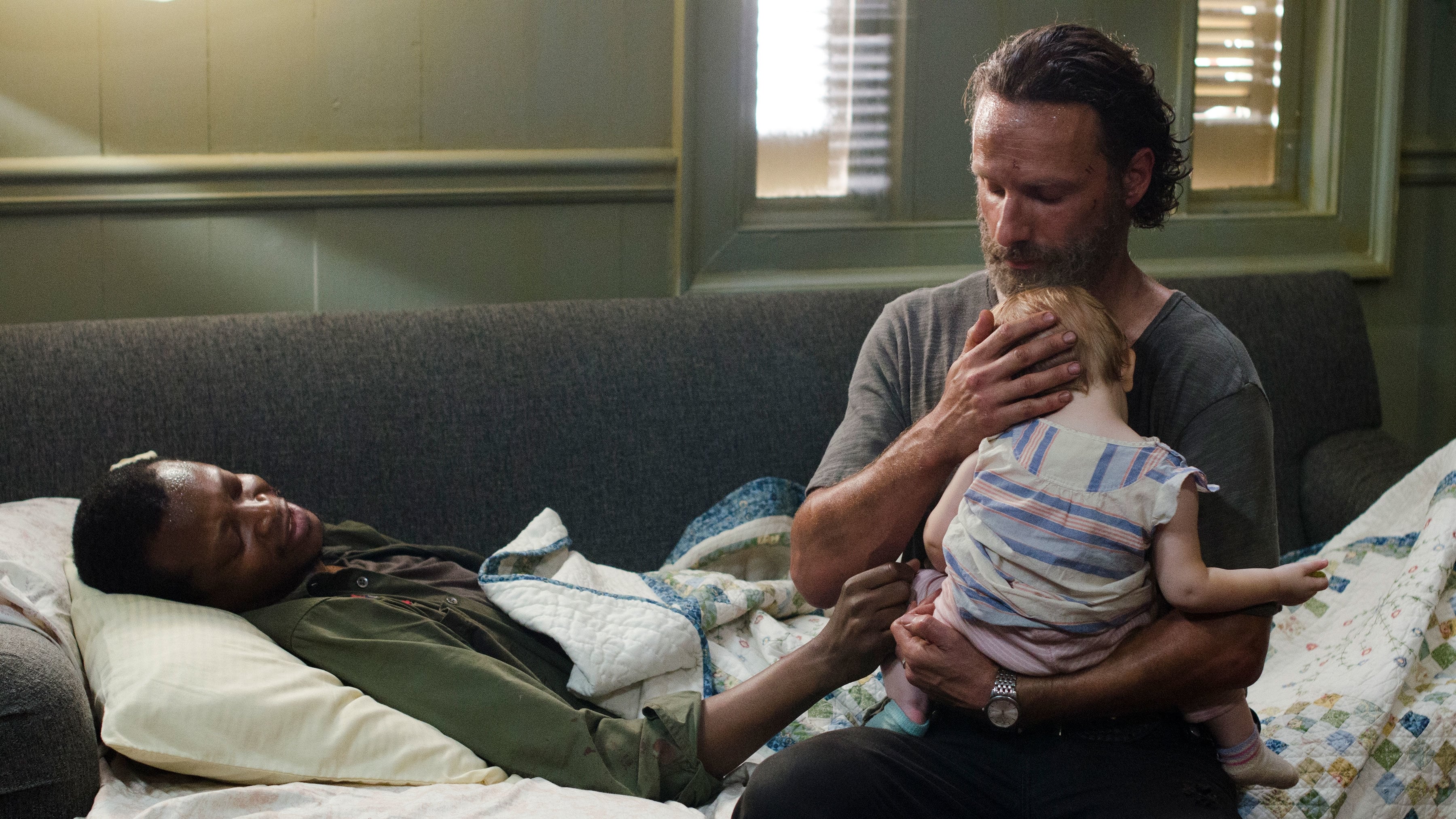 
Plot : Four Walls and a Roof

Gareth continues to calmly speak to Bob. His group soon faces an unpleasant surprise, however, as Bob reveals that he was bitten during the supply run at the food bank.

Sasha becomes frantic at Bob’s disappearance, and is quick to assume that Gabriel had something to do with it. Gabriel confesses that he locked his congregation outside the church, dooming them to walkers. He insists, though, that he doesn’t know what has happened to Bob. The group soon finds Bob in his current, doomed state. They decide to hunt down the Terminus survivors. Abraham agrees to help, with the condition that Glenn, Maggie, and Tara go with him when he takes Eugene to Washington D.C.

The group makes the cannibals believe that the church is unguarded. After Gareth’s people are trapped, Gareth falls to his knees and begs to be let go. The Survivors slaughters the remaining Terminus residents. Bob is put down and buried. Abraham and his group leave, but not before giving Rick a map and encouraging him to join them when he can. Later that night, Michonne finds Daryl without Carol, and joined by a stranger.