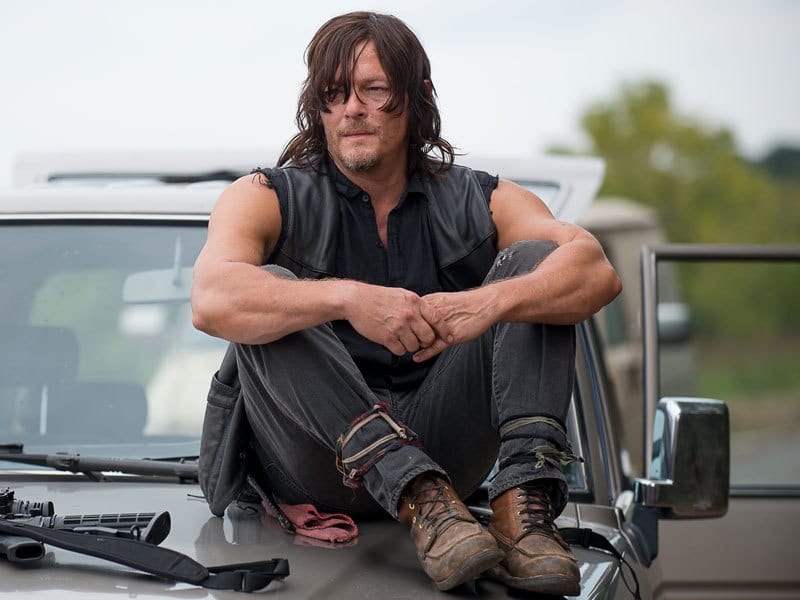 
Plot : Not Tomorrow Yet

Jesus explains that he’s from a community called the Hilltop. His job is much like Daryl’s, except that instead of searching for new members, he searches for other settlements with which to trade. Rick and a few members of his group go to his community to confirm his story. They save a small group of Jesus’ people along the way.

Abraham is continuing to date Rosita, but has begun having serious feelings for Sasha. During the road trip, he asks Glenn if he and Maggie had actually planned to make a baby. Glenn responds to the affirmative, which amazes Abraham. As Glenn explains that the community’s survival depends on taking chances and trying to get on with a semi-normal life, Abraham silently begins to wonder if perhaps he should take a chance and follow his own heart.

Once the group arrives at Hilltop, they meet the leader Gregory, who comes off as arrogant and selfish. As Maggie and Gregory discuss trade options, a group from the community returns. One of them stabs Gregory, saying that he has no choice because his brother is being held hostage. Rick kills him. Jesus explains that the Hilltop residents are under the thumb of Negan, the leader of a group called the Saviors. The Saviors are brutal killers, who extort everyone they run across. Hilltop is expected to “share” 50% of all supplies they find or grow, or else Negan will order people to be killed.

The Survivors offers to rescue the man who is currently held hostage. They will also wipe out the Saviors, in exchange for food, medicine, and supplies. Gregory reluctantly agrees to the deal.

On the way back to Alexandria, Glenn and Maggie proudly show off a sonogram photo of their unborn child.