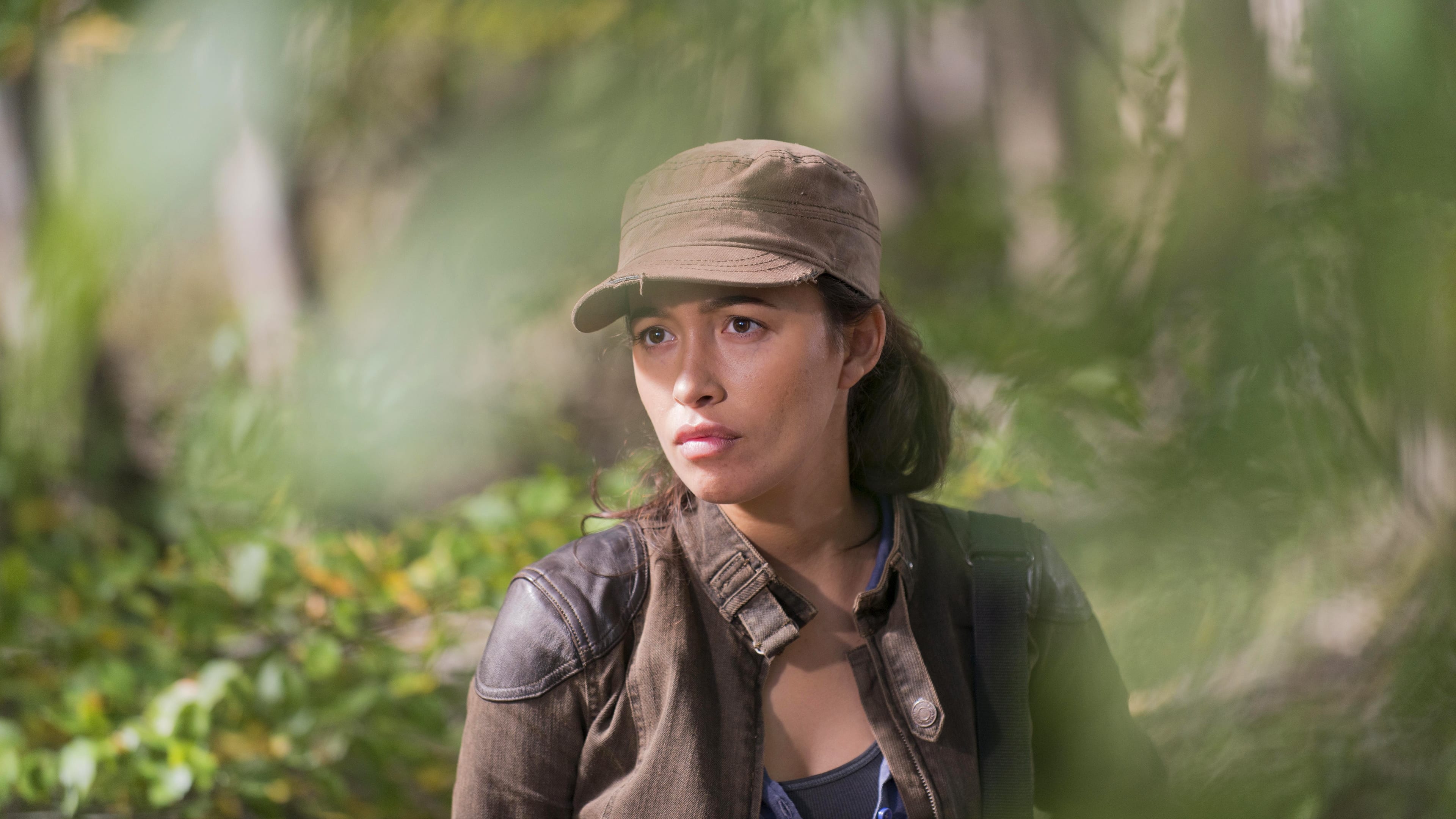 While on the run, Carol encounters a group of Saviors. When she warns them to leave, they mock and threaten her. She kills them in self-defense, and is injured in the process. As she leaves her disabled vehicle and heads cross country, a surviving Savior pursues her, seeking revenge.

After Tobin informs Rick that Carol has left Alexandria, Rick takes Morgan go in search of her. After finding the carnage she left behind, they follow a trail of blood. Eventually it leads them to a barn, where they encounter a man who is fighting a small herd of walkers. Rick, believing it may have been one of the men Carol fought, prepares to fire upon him. Morgan knocks Rick’s rifle barrel down, giving the unknown man a chance to escape. Afterward, Rick and Morgan argue about the incident. Morgan then reveals to Rick that he had kept the Wolf leader alive in his home. Morgan’s belief that all life is sacred had eventually, in a roundabout fashion, saved Carl’s life after his eye was shot out. “It’s all a circle”, Morgan says.

Morgan asks Rick to return to Alexandria, as he is now to important to have out in the wilds risking his life. Morgan vows to find Carol on his own, and tells Rick not to come looking if he doesn’t return. Rick hands Morgan a gun.

Back at Alexandria, Maggie asks for Enid’s assistance in getting a haircut. As they finish, Maggie suddenly doubles over in severe abdominal pain. She is horrified, thinking that she might be about to have a miscarriage.

Rosita, Glenn and Michonne arrive at the spot where Dwight killed Denise. They find Daryl’s motorcycle hidden underneath some branches, confirming Rosita’s hunch that Daryl came back to kill Dwight. They later catch up to Daryl in the woods. Glenn tries to stop Daryl from going after Dwight, but Daryl refuses to stand down. After they split up, Glenn, Michonne, and Rosita are captured by Saviors. As Daryl attempts to rescue his friends, Dwight sneaks up and shoots him.