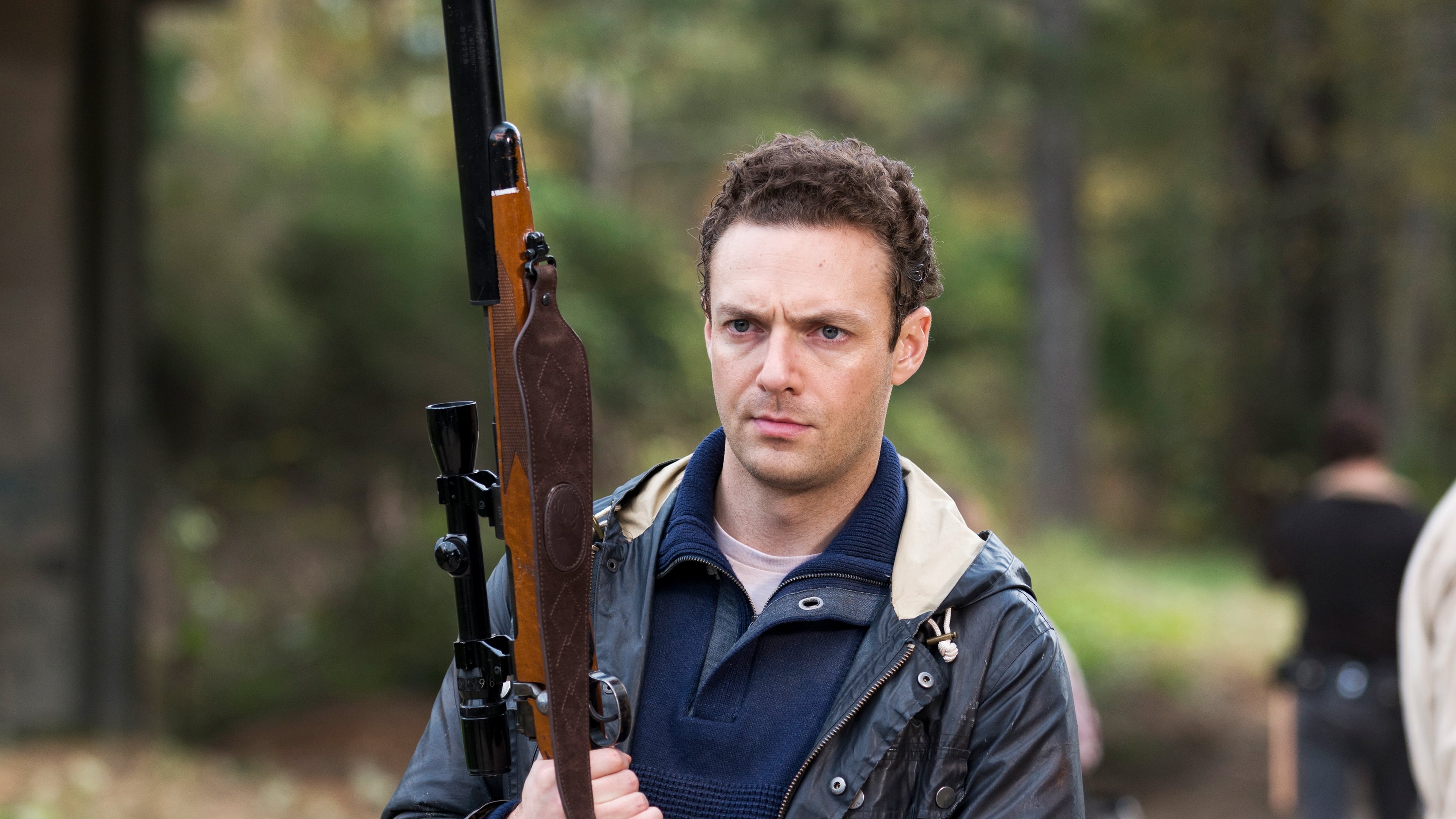 Morgan continues his search for Carol. He finds a horse – presumably the one the unknown man was looking for at the barn – and rides it into town. He then encounters Carol in a building. He proposes they leave for Alexandria at dawn, so that she can get stitches and antibiotics to tend to her wounds. Carol refuses.

After sending Morgan away, Carol is attacked by the Savior who survived the roadside incident. Morgan is still nearby, however, and helps defend Carol. Morgan orders the man to stand down. When he refuses, Morgan shoots him several times, killing him. Two men wearing armor then approach on horseback. One of them is the man who Rick and Morgan had spotted at the barn.

Rick travels to the Hilltop to get medical assistance for Maggie. He is accompanied by Abraham, Eugene, Carl, Sasha, and Aaron. They are stopped by the Savior Simon, who orders them to hand their things over. Rick refuses. Every road they go to afterward is blocked by the hostile group, until finally the Saviors surround them in a wooded area. The group is lined up, along with Daryl, who survived the gunshot wound from Dwight. They are then introduced to Negan. He tells them that as a lesson, one of them will have to be punished. He chooses a victim at random. He swings his weapon of choice, a baseball bat wrapped in barbed wire, which he has dubbed “Lucille”. As Rick looks on in horror, a member of his group, as of yet unrevealed, is brutally killed.