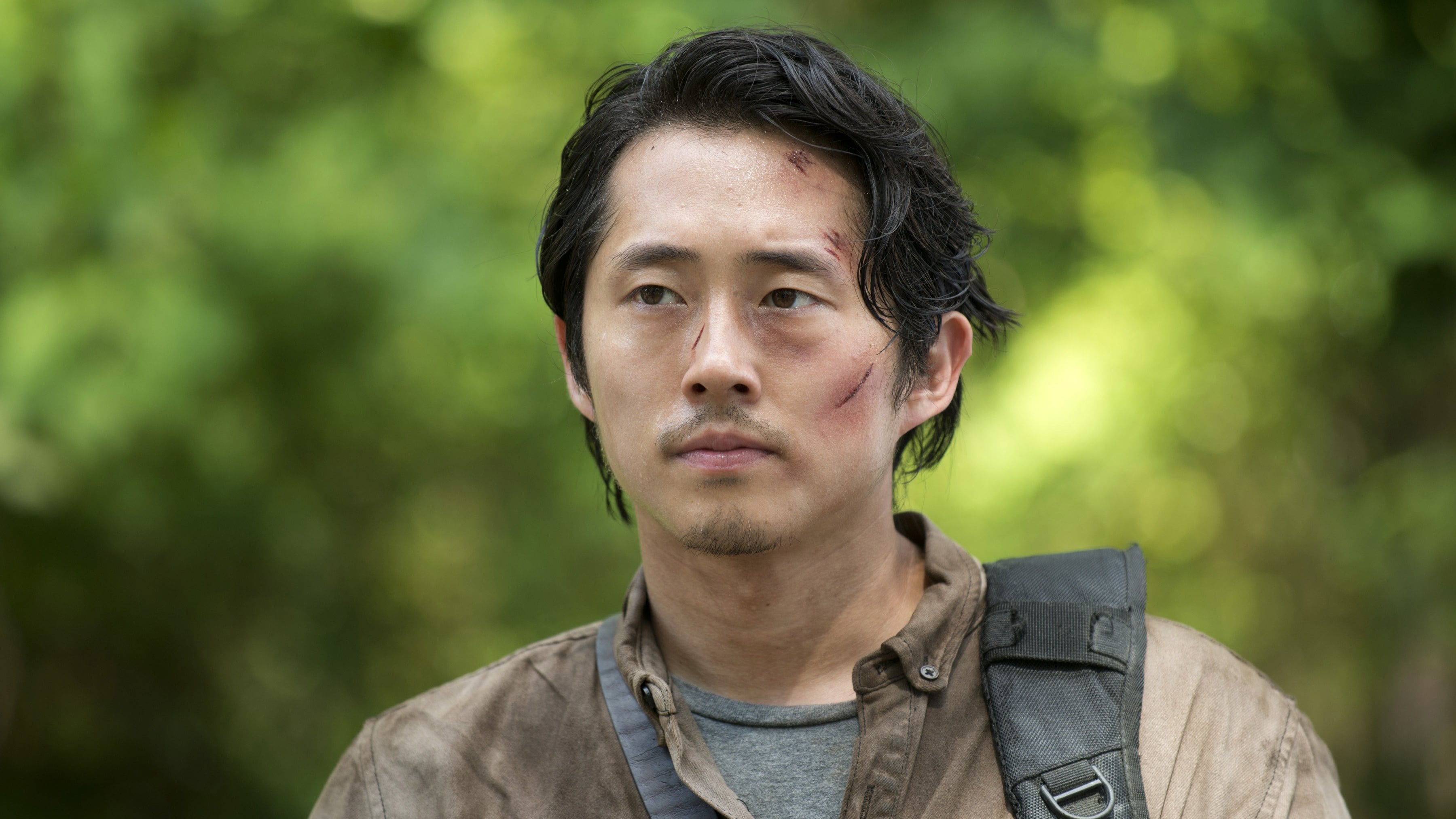 Glenn, Michonne, and several Alexandrians race through the woods toward the community, where the horn continues to blare. It stops, but the group is anxious to return, as they know that only a catastrophic event could have caused the community to attract attention to itself while the horde of Walkers was still being diverted.

In private, Rick tells Glenn and Michonne that the Alexandrians with them “aren’t all gonna make it”. Rick instructs them to lead the team back to Alexandria, but to keep going if anyone can’t keep up. Heath overhears the conversation.

Meanwhile, Daryl, Sasha and Abraham are driving vehicles that continue to lead most of the Walkers away from Alexandria. When the horn goes off, Daryl wants to rush back to the community to help out. Both Sasha and Rick (over a walkie) advise Daryl to hold his course. By staying with the plan, it is much more likely that many lives will be saved.

As Glenn’s group makes its way home, many members fall to walkers. Heath and Michonne debate on whether they should leave people behind. Michonne reminds Heath that he never had to survive the way Rick and her group has. He doesn’t know what’s it’s like to be covered in the blood of friends.

While Michonne, Heath, and the injured in the relative safety of a pet store in an abandoned town, Glenn and Nicholas, who is now fully committed to working with Glenn and redeeming himself, attempt to distract walkers by setting a fire in a nearby building. The plan fails, though, and the two men wind up getting surrounded by a herd. Glenn climbs a dumpster and helps Nicholas up. After staring at the teeming horde all around them, Nicholas tells Glenn “thank you”, and then shoots himself. Glenn gets knocked into the herd by Nicholas’ falling corpse. He screams as he’s engulfed by feasting walkers.

Michonne, Heath, and an injured Scott wade through a creek. Heath is shocked to see his blood-soaked reflection in the water.

Rick makes it to the RV. As he is informing Daryl that he has progressed that far, he is ambushed by the remaining Wolves. He manages to kill them all, but several walkers come out of the forest as he tries to restart the RV’s engine.