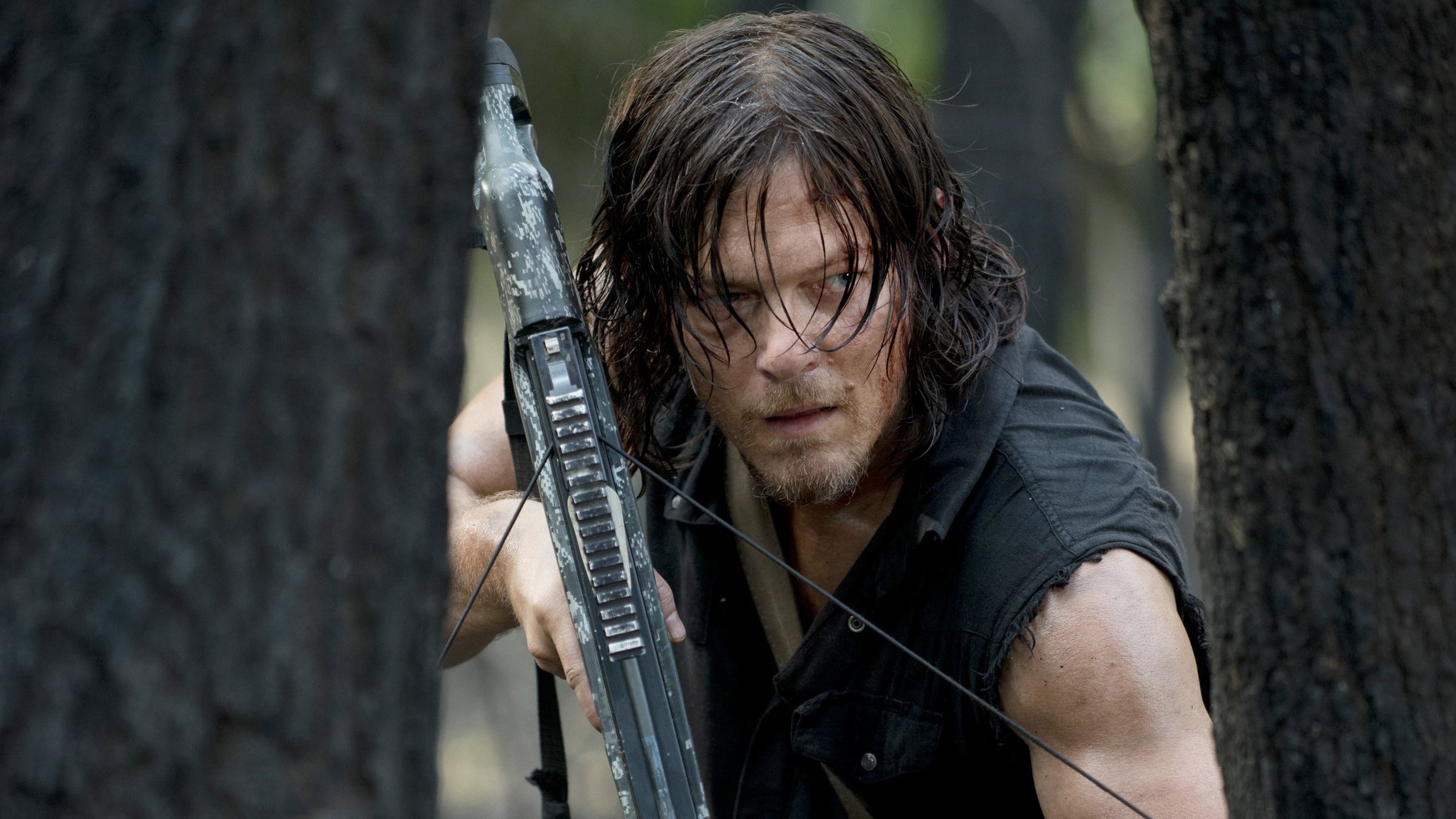 Daryl, Sasha, and Abraham arrive at the 20-mile marker set for leading the herd away from Alexandria. A group of gun-wielding assailants ambush them in cars. As the group flees, Daryl crashes on his bike and is separated from Sasha and Abraham.

Daryl eludes his attackers but comes across Dwight, Tina, and Sherry, who hold him hostage. They believe him to be a hostile member of their former group. They are being pursued for stealing medical supplies for Tina. Daryl helps them escape through a burnt forest. However, Tina is killed by walkers, and Dwight gets cold feet. When they reach Daryl’s bike, the couple steal it, and his crossbow, at gunpoint.

Meanwhile, Sasha and Abraham look for supplies after the attack. As they hole up in an abandoned insurance office, they have conversations that help them grow closer. Abraham goes out looking for supplies, and finds a military case containing rocket-propelled grenades. Then Daryl arrives in a fuel truck he’d found, and the trio make their way back to Alexandria.