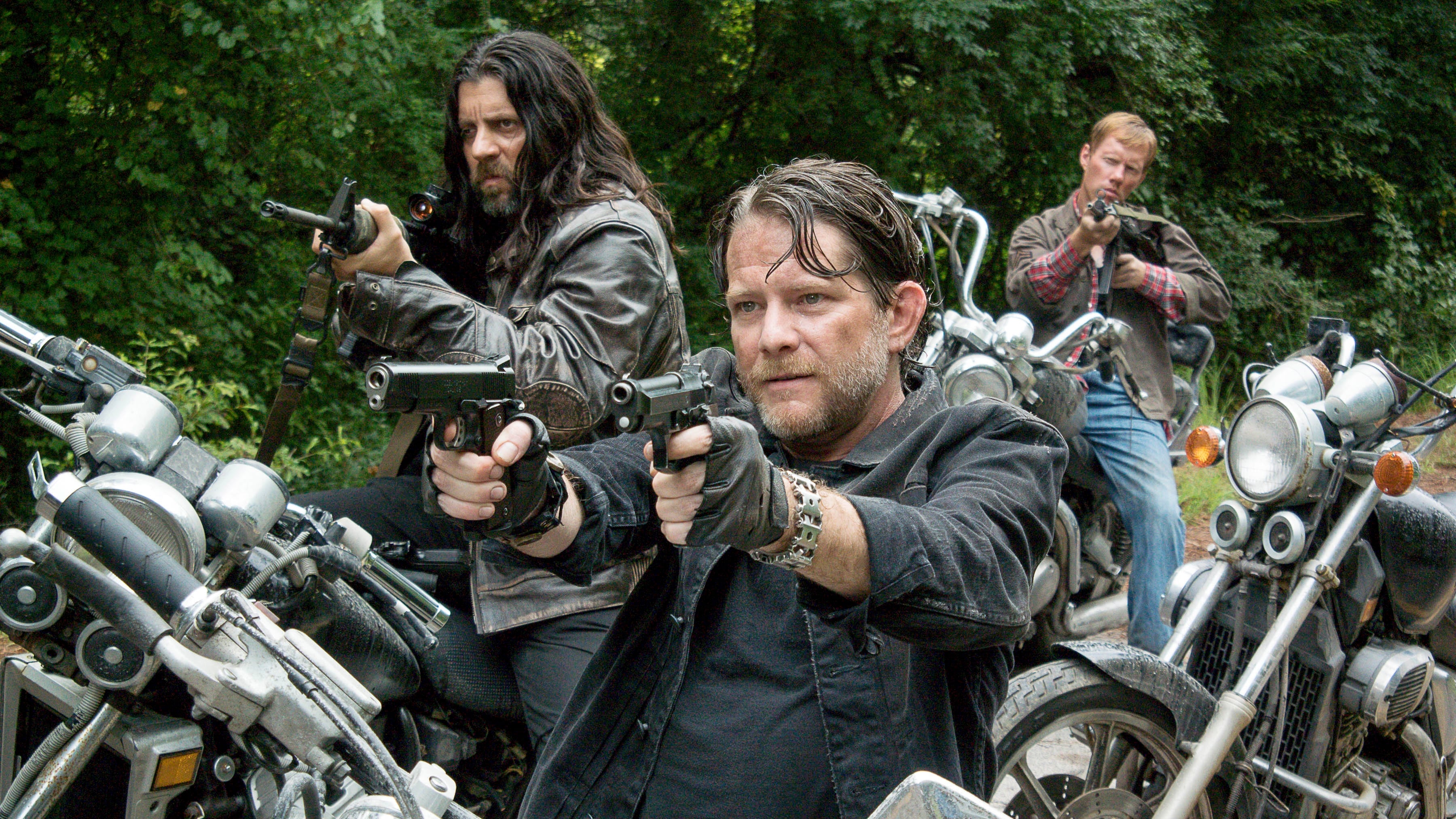 Daryl, Abraham and Sasha are intercepted by another group, who demands their things, as they now belong to “Negan”. Before the leader can kill one of them, Daryl uses an RPG to kill the entire group. Then he, Abraham and Sasha head back to the community.

In Alexandria, walkers swarm the streets. Rick leads the Andersons, Carl, and Michonne through the herd, unnoticed by the walkers. Unfortunately, Sam eventually panics, drawing attention to himself. He is killed, and Jessie, refusing to let hold of his arm, is also eaten alive. Ron, in anger, tries to shoot Rick, but Michonne stabs him. However, as Ron dies, a wild shot from his gun blows Carl’s eye out.

Denise and Owen make their way through the herd, and the latter helps Denise make her way to the infirmary. He is bitten by a walker when he goes back to save a fallen Denise. He asks why he would have done such a thing, and Denise suggests that perhaps he is beginning to change. Before he can explore that concept further, he is shot and killed by Carol.

After Carl is taken to the infirmary, Rick goes on a walker killing spree. Seeing him struggle, the community slowly joins in to assist. Although outnumbered, the group gets sudden and dramatic backup from Daryl’s group, which has just returned. Daryl uses the fuel truck and the RPG to create a gigantic wall of fire which attracts the attention of most of the remaining walkers and causes them to walk to their fiery doom.

The next morning, the melee is over, and the survivors sit in stunned silence. Inside Denise’s office, Rick talks to Carl, who is still unconscious. Rick explains that he now understands that the Alexandrians can survive, and that Deanna’s vision can come true. Just then, Carl’s grip tightens on Rick’s hand, signaling that he may be all right.