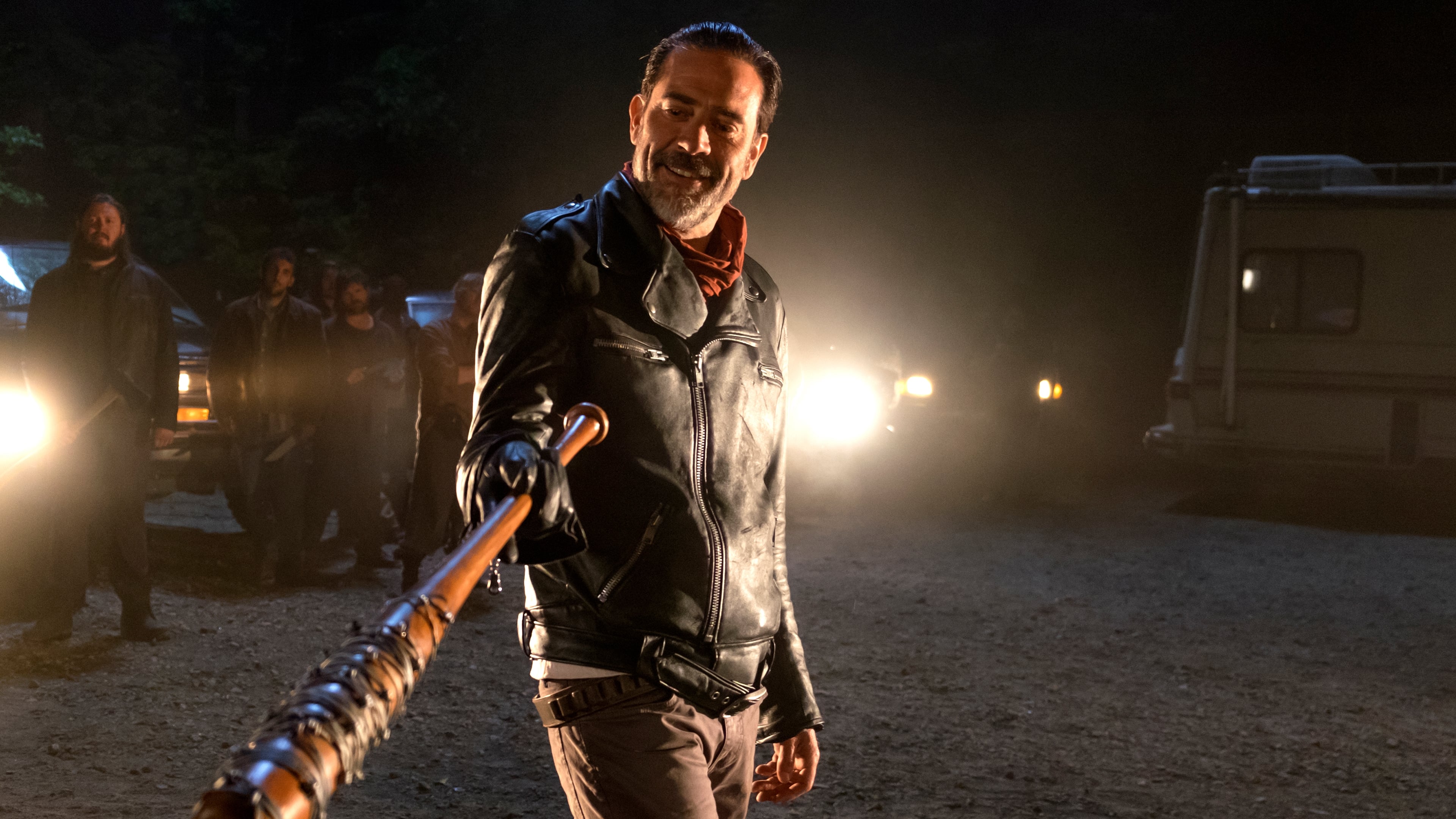 
Plot : The Day Will Come When You Won't Be

Rick is in shock, as he has seen Abraham and Glenn brutally beaten to death at the hands of Negan, the charismatic and psychotic leader of the Saviors.

Feeling that he still hasn’t gotten through to Rick yet, Negan has taken him for a drive in the RV. In a heavy fog, Negan forces Rick to go get his axe, which involves Rick fighting through a crowd of Walkers. While laying on top of the RV, Rick somberly thinks about his group as Negan taunts him.

After retrieving the axe from the herd, Rick is driven back to his group, which is still being held hostage by a large group of Saviors. Rick is given the choice of either chopping off his son’s arm or watching his group get shot to death. Breaking down, Rick begs for Negan to stop and only kill him. Negan begins counting down, and just before Rick has to cut off the arm, Negan stops him. “You answer to me. You provide for me,” he says. Rick agrees, completely broken. Daryl is taken in a van as the Saviors leave.

As the group reels from the experience, Sasha volunteers to take Maggie to the Hilltop while the rest return to Alexandria.