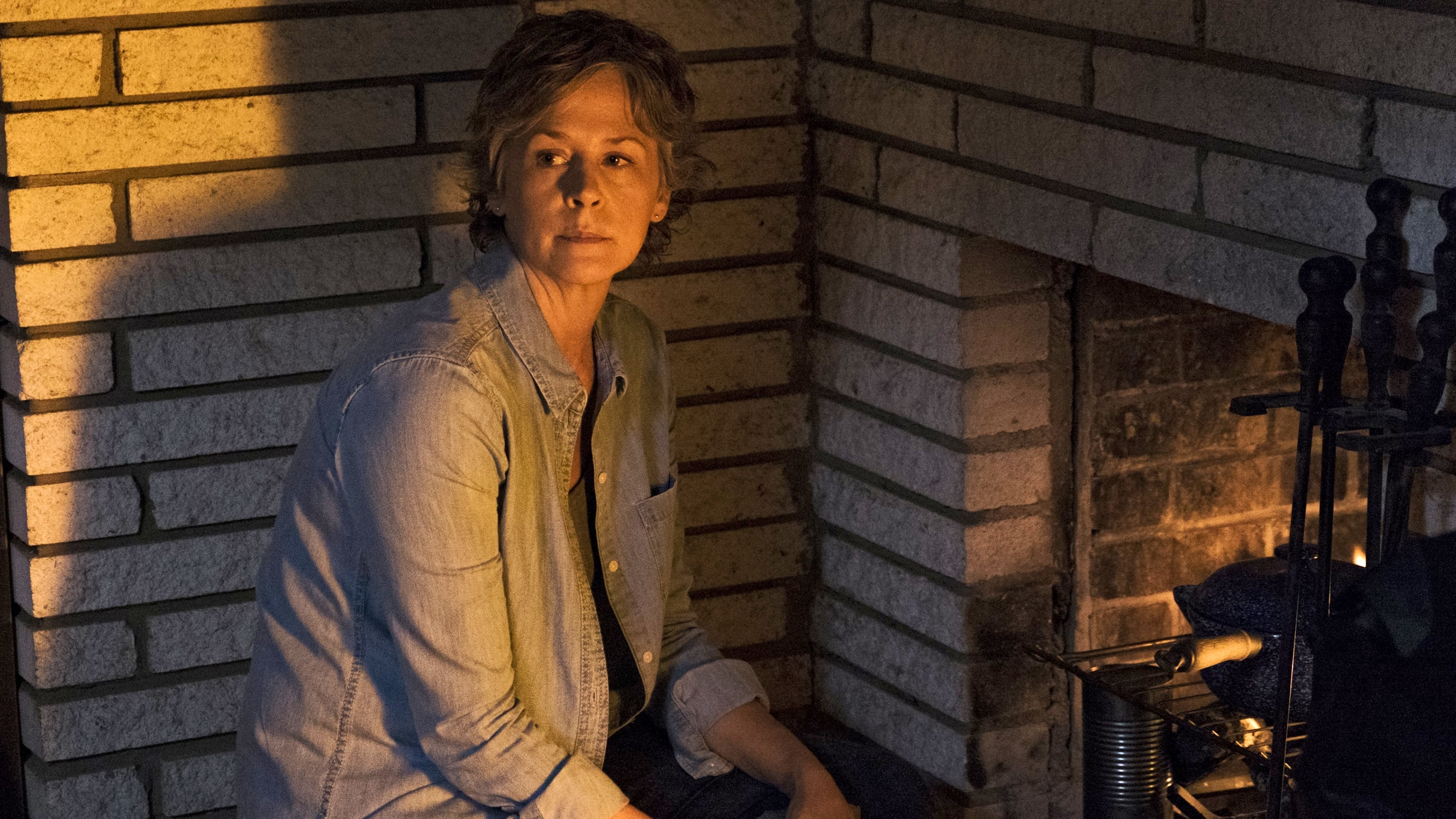 Daryl is having trouble dealing with the fact that Ezekiel has chosen to step back and remain neutral in the upcoming conflict with the Saviors. He is more encouraged by the attitude of Richard, who wants to join the fight. Still, Daryl is disturbed by Richard’s callous attitude. The man is more than willing to recklessly put lives on the line. This is demonstrated when Richard tries to set up a scenario in which several Saviors will be killed, and then a path will lead more of them to Carol, who is still living in a cabin in the nearby woods. Richard wants Carol to die, because she will become a martyr that will spur Ezekiel into angry retaliation against the Saviors. Daryl refuses to allow that scenario play out, and tells Richard that if anything happens to Carol, he will kill him.

Daryl then manages to find and talk to Carol. After seeing how emotionally damaged the woman has become from being involved in so much violence, Daryl makes a difficult choice. He chooses to lie to her about the Savior’s victims, not letting her know of Glenn and Abraham’s brutal murders.

Having accomplished as much as he can at the Kingdom, Daryl returns to the Hilltop.

Meanwhile, the Survivors is surrounded by the Scavengers, who have Gabriel hostage. Rick attempts to convince the group to help fight against the Saviors. Jadis, the Scavenger leader, tests Rick by having him go up against a Walker that has been “weaponized” by protruding iron spikes. Rick wins the fight, and Jadis is convinced that Rick is serious about the fight. She agrees to help as long as they get guns, one-third of the Saviors’ supplies, and a portion of the goods that Gabriel had moved from the Alexandria pantry.