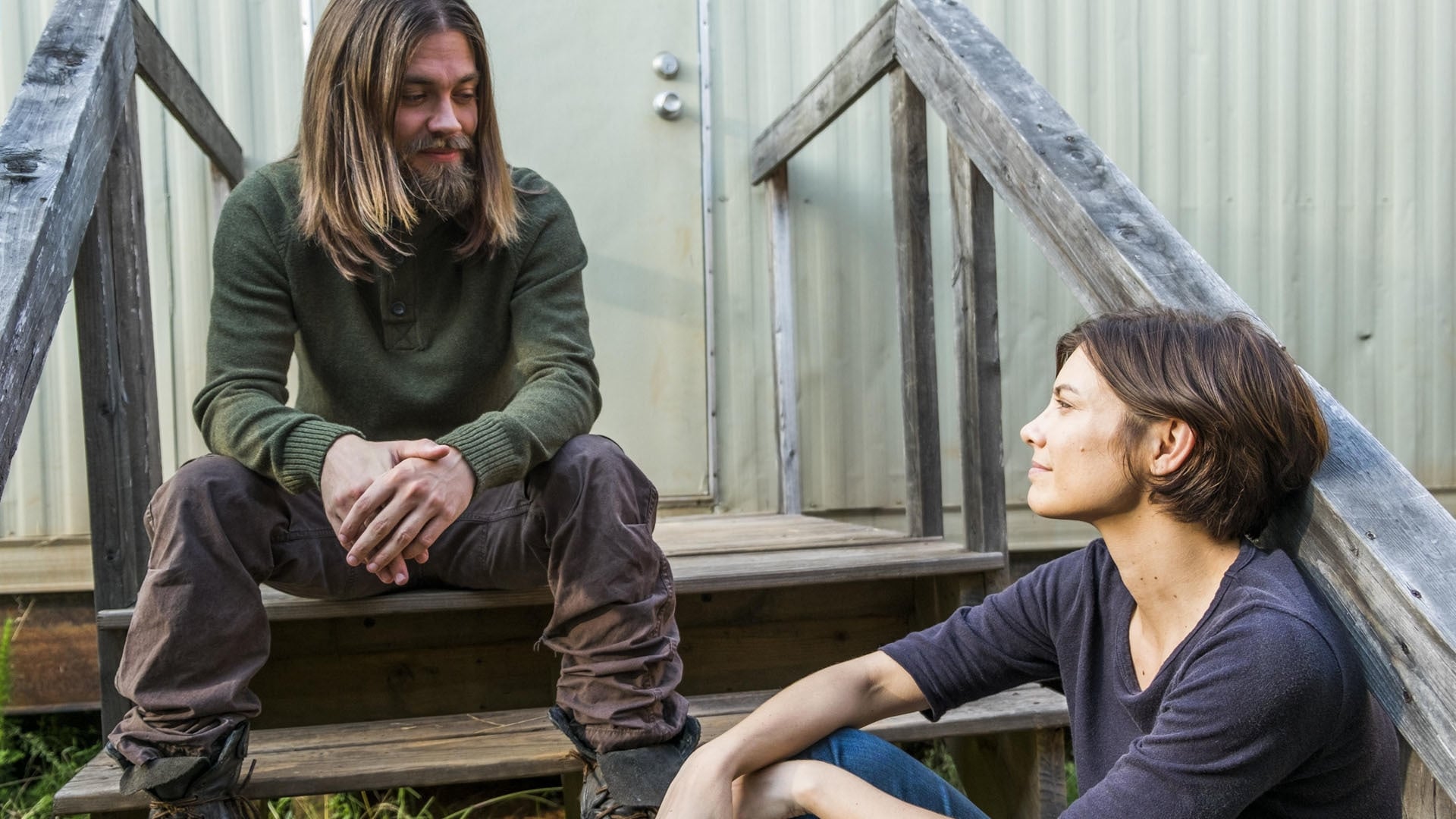 
Plot : The Other Side

Rosita and Sasha make their way to the Sanctuary. During the journey they share their experiences concerning Abraham. After seeing Eugene at the compound, they add his rescue to their list of goals, along with assassinating Negan

At the Hilltop, a group of Saviors arrives, wanting Dr. Harlan Carson (as a replacement for his brother Emmett Carson, who was recently executed). Daryl and Maggie hide in a cellar during the visit. Before the Saviors leave, their expedition leader Simon talks to Gregory, who discusses his concerns that “others” might not be as cooperative as he. Understanding that Gregory is hinting that someone (most likely the Survivors) may be getting braver, Simon gives Gregory instructions to meet him at the Sanctuary gates if the problem ever becomes more serious. That evening, emboldened by the notion that he has Saviors protecting him, Gregory subtly threatens Jesus to toe the line.

After nightfall, Rosita and Sasha cut through the fence at the Sanctuary, then kill one of the guards on patrol. They urge Eugene to come with them, but he refuses, saying that he didn’t ask for their help. After he heads inside, Sasha works her way inside the fence. Before Rosita can follow, though, Sasha uses a lock to close the opening behind her. She tells Rosita that Alexandria still need her, then runs inside the nearest building. Sobbing in frustration, Rosita flees. She then stops, as she notices a dark figure watching her.