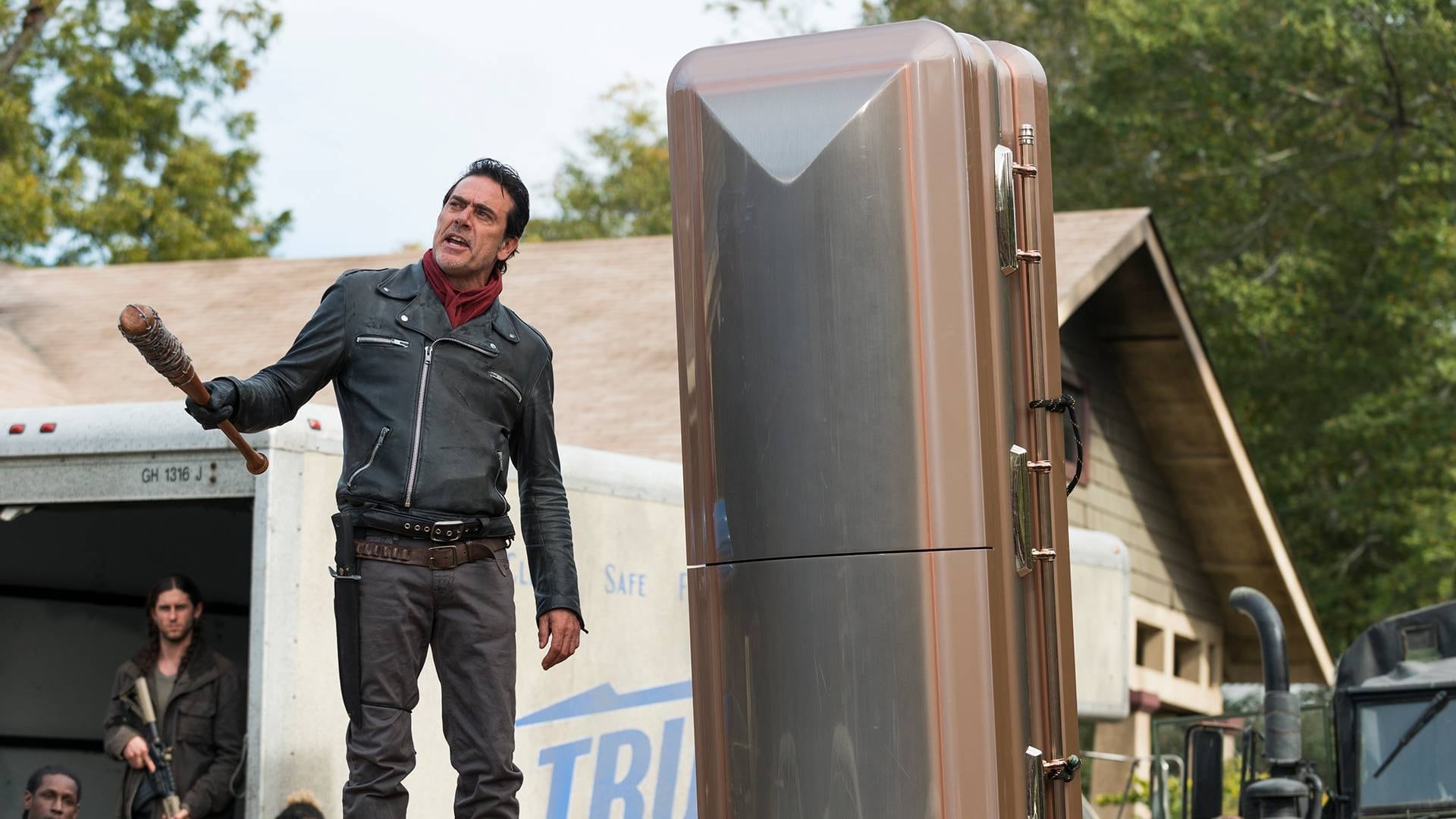 
Plot : The First Day of the Rest of Your Life

In a dark, enclosed coffin, Sasha is taken to Alexandria as a hostage to be used for bargaining purposes. While listening to music, she takes Eugene’s poison pills, and peacefully dies during the journey.

Dwight offers to be an “inside man” to help take Negan down. He reveals that Negan is coming to Alexandria. Rick and his group bring in the Scavengers, and prepare for the Saviors’ arrival by planting explosives in trucks near the community’s front gate.

The Saviors arrive, and the Survivors is shocked to see Eugene acting as their spokesperson. Rick gives the okay to set off the bombs, only to discover that the Scavengers have betrayed them, secretly disarming the devices. Jadis then holds a gun on Rick, as Negan arrives and reveals Sasha’s coffin. Thinking that Sasha is still alive inside, Negan offers to let her live if the Survivors surrenders and disarms themselves. As he opens the coffin Sasha, now a Walker, lunges at him. The Alexandrians take advantage of the confusion, firing on the Saviors.

While the battle rages around them, Jadis shoots Rick in the side, then forces him to march back to Negan, whose people saved him from Sasha. Michonne, who had attempted to stop Jadis, is now fighting for her life against a female Savior.

Negan has Carl and Rick lined up, and threatens to use Lucille to end both of their lives. Rick will not be cowed again, however, and tells Negan that as he once said before, someday he will kill him. Negan is unimpressed, and prepares to kill Carl. Just then, however, Ezekiel’s tiger leaps in, killing a nearby guard. Negan flees, as fighters from both the Kingdom and the Hilltop arrive to save the Alexandrians.

Negan escapes during the battle, as does Jadis. Their people regroup back at the Sanctuary, as Negan plans his next move. Back at Alexandria, Rick finds Michonne, who was severely beaten before killing her opponent. As Michonne lies in bed, healing from her injuries, Maggie speaks to a combined group of residents from Alexandria, the Hilltop, and the Kingdom. She says that the journey has been long, but they have become a family, and this is just the beginning.