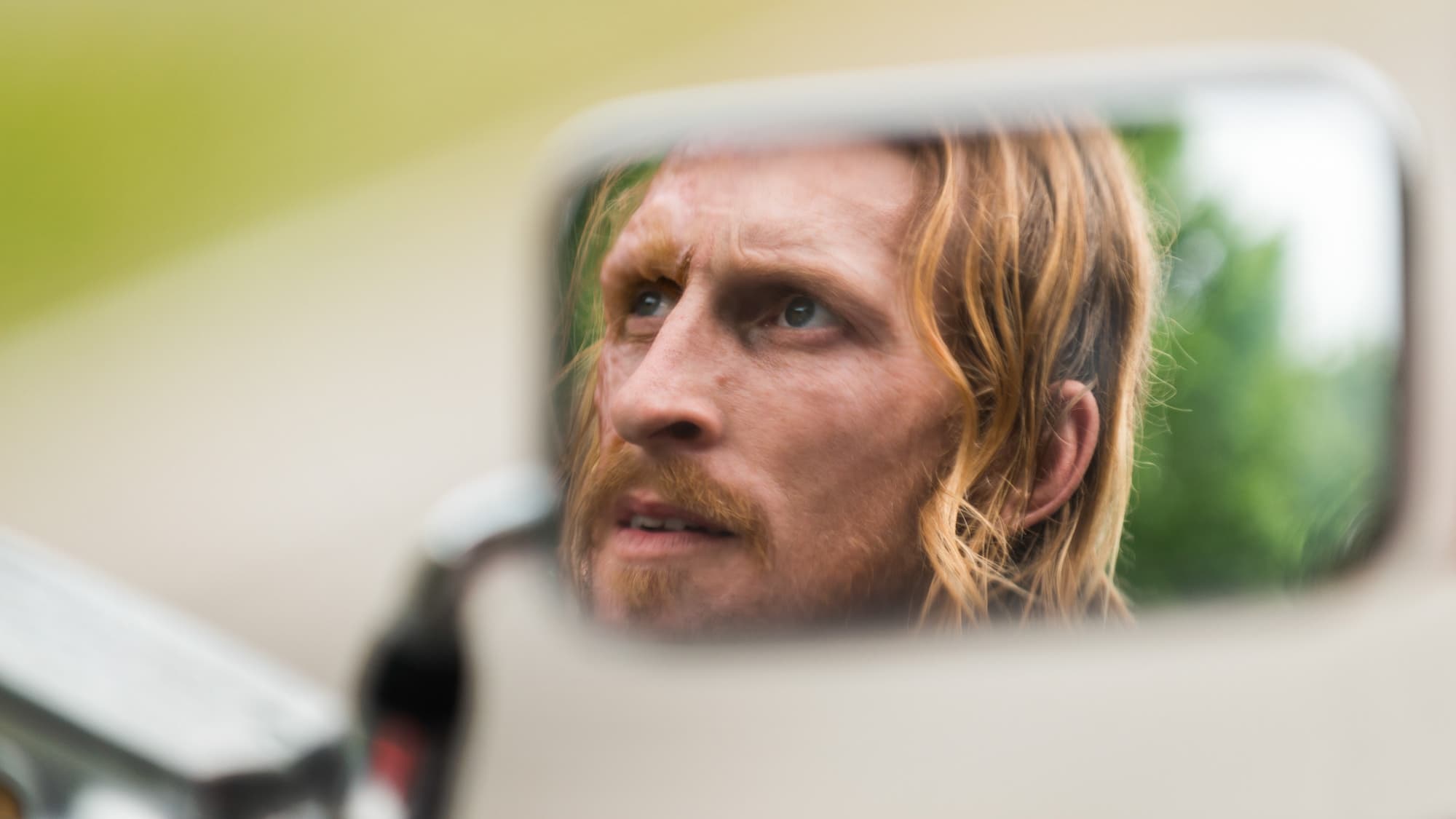 Daryl is being held in a cell at the Savior compound. He has nothing to eat but dog food sandwiches, and is subjected to psychological torture through music.

Dwight is in charge of Daryl’s captivity. While Dwight’s living conditions are considerably better (he has a nice apartment in which to live, watches old TV shows, and eats good food), it soon becomes clear that in his own way he is as much a prisoner as Daryl. Negan delights in reminding Dwight that he took his ex-wife. She married Negan partly to save Dwight’s life after their attempted escape, but also because Negan’s wives (there are several) live in relative luxury.

Another one of Dwight’s duties is to retrieve Saviors who attempt to leave the fold, much as he once done (leading to his now-scarred face, the result of Negan’s punishment). Dwight chases down one such man. When the escapee insists that he will never kneel to Negan again, Dwight threatens his loved ones with being forced to eat feces “for the rest of their very short lives”. The man has no choice but to obey. Dwight was sympathetic, however, after listening to the man speaking of the plight that all of Negan’s “followers” share. Dwight waits until the man is heading back to the compound, and then shoots him in the back; essentially a mercy killing.

After Daryl attempts to escape he is brutally beaten, then lectured by Negan, who explains that there is no room for individuality within the Saviors. ALL men are Negan. Dwight then tortures Daryl further by putting up on his cell wall a photo of Glenn’s nearly unrecognizable remains. Daryl breaks down, sobbing wildly.

Feeling that Daryl is close to breaking, Negan shows him one of the apartments that his top men occupy. He emphasizes the importance of total obedience, then asks Daryl to tell him his name. “Daryl,” the man replies. Negan is disappointed, but also confident that in the end he will get his way. Daryl is tossed back in his cell, and the same cheesy pop song is once again repeated played, day and night, to help break his will.