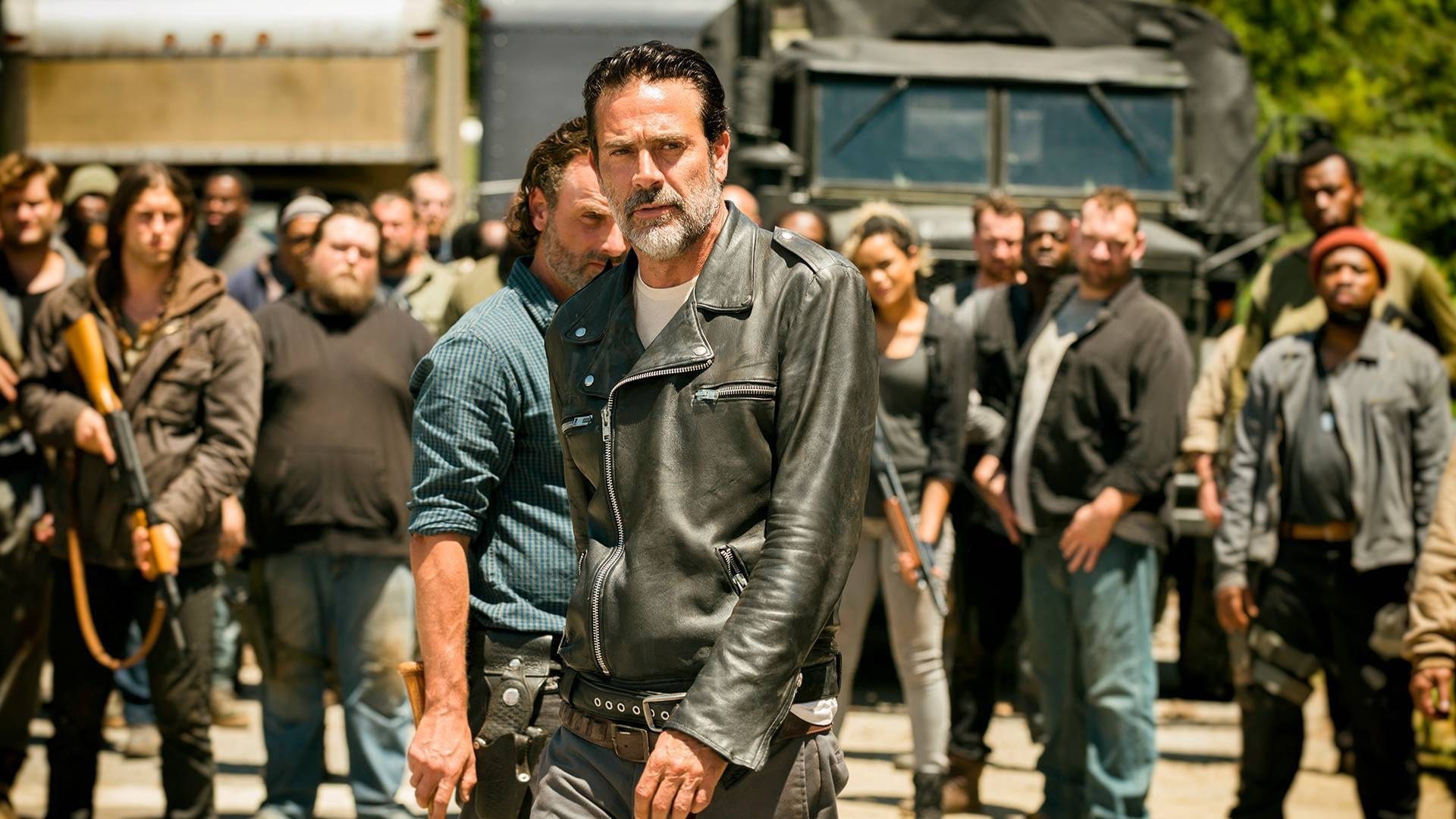 Negan and his crew arrive early for their first “offering” from Alexandria. Rick reluctantly lets them in, despite the confusion of the residents. The Saviors take furniture, medical supplies, miscellaneous items. The residents even lose their guns, after Carl tries to shoot a Savior. Negan agrees to let the community keep all of their food, for the present.

All but one gun is confiscated, and Olivia, the inventory keeper, is threatened with death if the missing gun isn’t found. What no one knows is that Spencer, who holds a grudge against Rick, has the weapon hidden in his home

After the Savior’s leave, Rick confides in Michonne. His reasoning for living under the Saviors’ rule is to keep Carl and Judith safe. Rosita has stolen a gun from the body of a Savior. She now asks Eugene to make her a bullet.