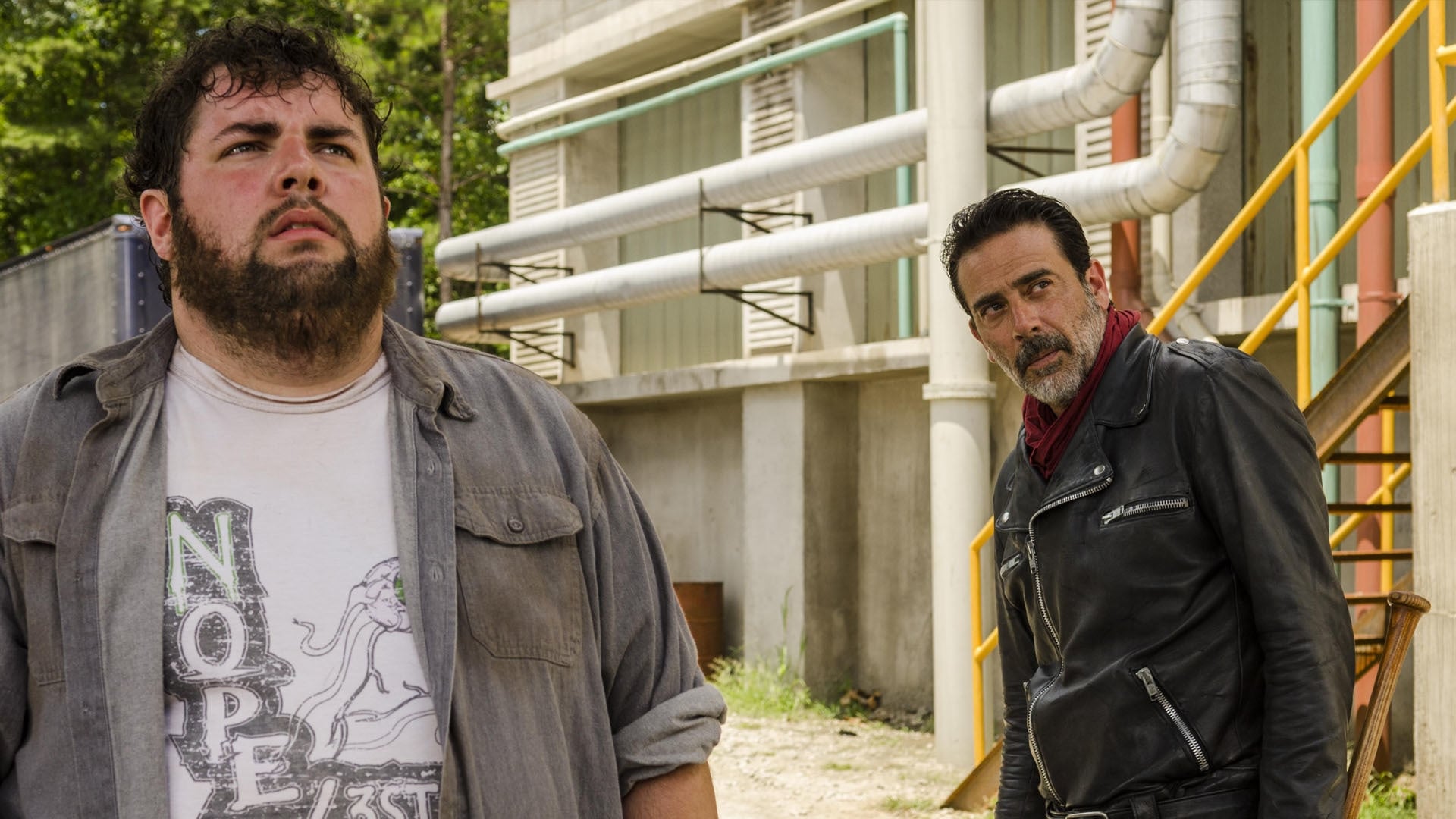 Carl separates from Jesus to go straight to the Sanctuary, where he fails to kill Negan head on. Impressed by Carl’s ingenuity, Negan shows him around the Sanctuary. Carl at first refuses to go with the man, but complies after Negan threatens to chop off Daryl’s arm.

Carl watches Negan give a speech, is introduced to Negan’s wives, and watches the public branding of a soldier who slept with one of the wives. In Negan’s apartment; he orders Carl to sit across from him and remove his eye bandage. Humiliated, Carl starts crying. Negan apologizes for hurting his feelings. Eventually, Carl regains his courage, and taunts Negan for being unable to kill him, Rick, or Daryl. Negan then takes Carl back to Alexandria. Negan tours Rick’s home and meets Judith.

Daryl hears footsteps outside his cell. Someone slips a note under the door. “Go now,” is written on the front, and a key is taped to the back.

Meanwhile, Rosita gets her bullet from Eugene, after berating him over his method of survival. This leaves friction between them, although Eugene is still concerned for Rosita, and what he considers a potential act of suicide.

Spencer has spent the day finding a good-sized, hidden cache of goods while on a supply run. He tells Rosita that they’re turning it over to the Saviors “because it’s what Rick wants”. Spencer is still convinced that Rick does not deserve to be the community’s leader.