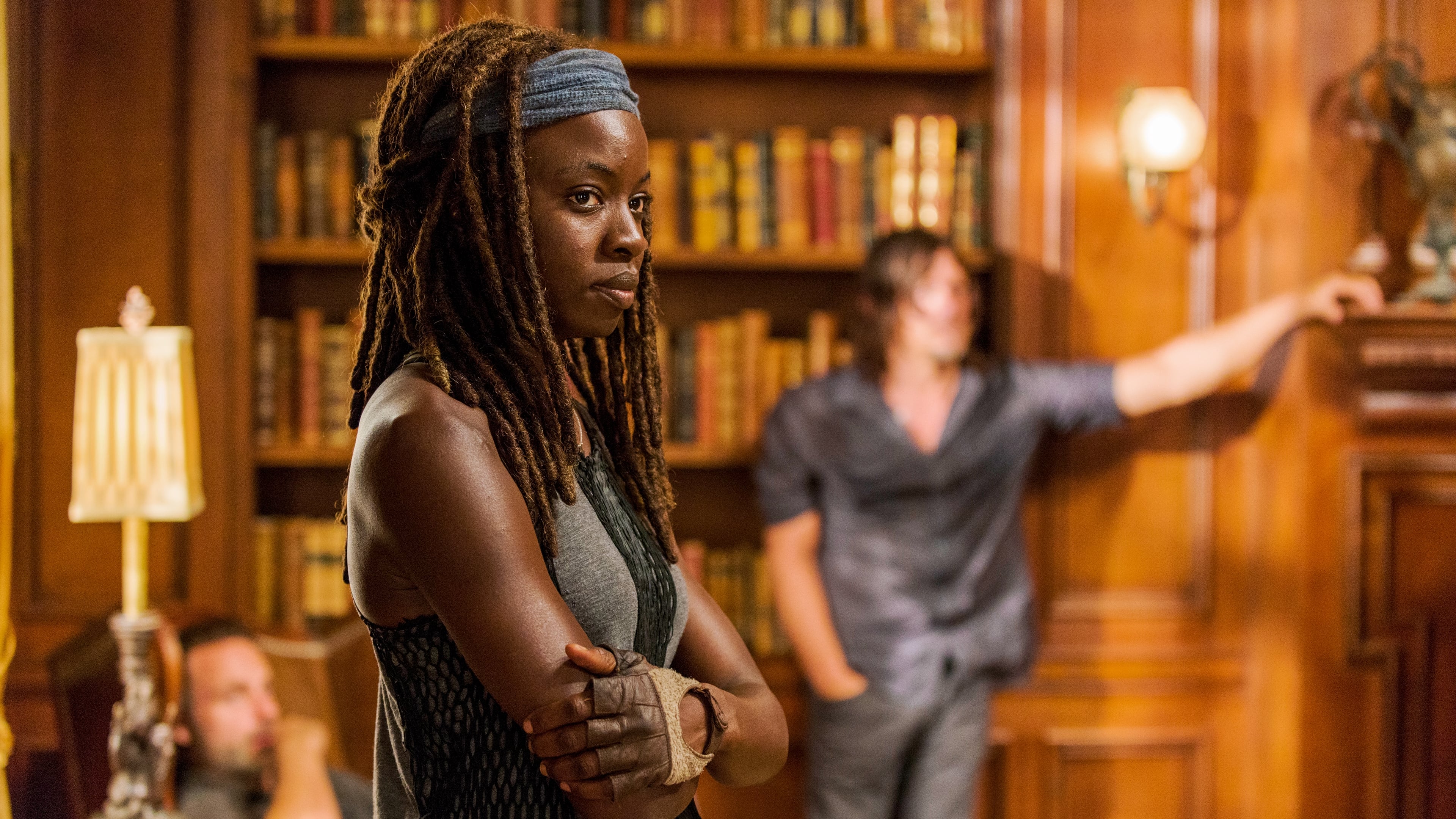 
Plot : Rock in the Road

Gabriel packs a car with supplies to hide from the Saviors, only to be kidnapped by a dark figure. Meanwhile, Rick, Maggie, Sasha, Carl, Michonne, Tara, Rosita, Daryl and Jesus meet with Gregory at the Hilltop. He refuses to help them in the fight against the Saviors.

Jesus takes the group to The Kingdom, where they attempt to convince Ezekiel to aid in the fight. Morgan tells the group that Carol’s okay, but keeps his promise to not to tell anyone where she is. The next day, although Ezekiel refuses to join the fight, he shows sympathy for Rick’s cause by offering Daryl asylum.

On the road back to Alexandria, the group encounters a booby trap strung across the highway, consisting of a long trip wire attached to large amounts of dynamite. The trap is apparently set up to wipe out a large group, whether Walker or human. Rick and his crew defuse and dismantle the rig, as a large herd of Walkers approaches. They then take most of the dynamite for later use, while using the wire, strung between two vehicles, to mow down over half of the Walker herd.

Once back in Alexandria, Rick is confronted by Simon, who comes in search of the escaped Daryl. Knowing that Daryl is hidden safely away at the Kingdom, Rick readily pretends to cooperate with the search. During this process, Rick and Simon are both surprised to see that the community pantry is now almost completely empty.

After Simon’s exit, Rick follows a clue left behind by Gabriel, who wanted the group to know where he had headed with the supplies. The group doesn’t find Gabriel, but as they follow his trail, they are suddenly encountered by a large group of heavily armed women. Although the group is once again in danger, Rick smiles. He can see that if these supposed enemies can be turned, they will be a great aid to the war effort against the Saviors. 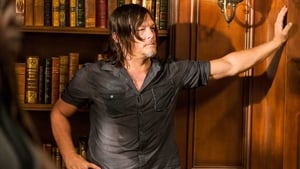