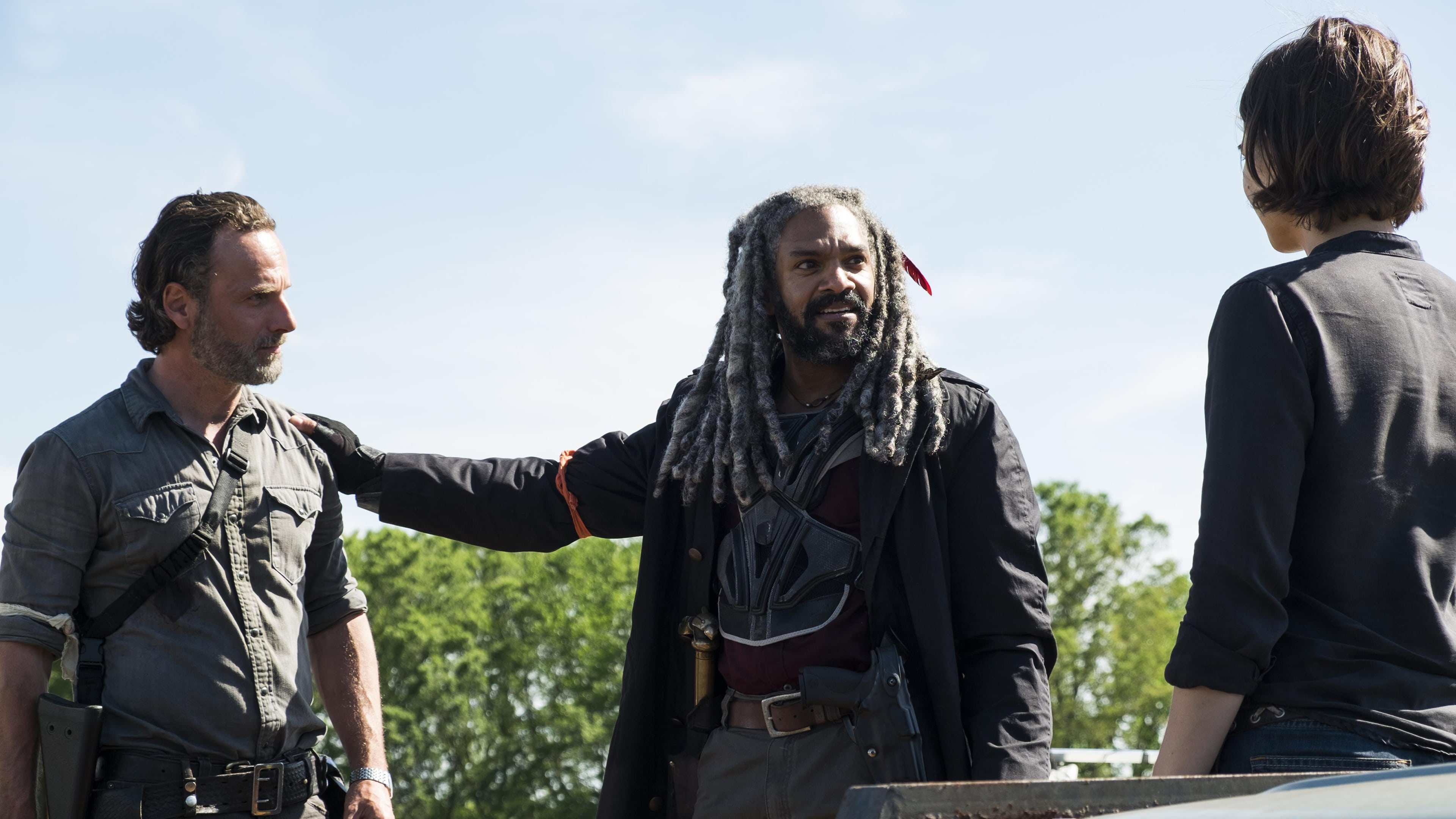 Residents of Alexandria, Hilltop and the Kingdom prepare for battle. Carl is at odds with his father, after he scares off a survivor in need of food. Carl believes they can’t be suspicious of everyone they come across, but Rick insists that the man could have been a spy for the Saviors.

The group systematically takes out Savior lookouts, the regular location of which Dwight had provided in a note he secretly supplied to Daryl. Meanwhile, Ezekiel’s group clears out a larger outpost.

As the Survivors arrives at the Sanctuary, driving a convoy of vehicles that have been armored with sheet metal, Negan steps out with his lieutenants. Rick tells the men — Dwight, Simon, Gavin, Regina, and Eugene — that he will spare their lives if they surrender and abandon Negan. None of them accept the offer.

Gregory is brought out by Negan, and the man gives a speech in which he claims that the Hilltop stands firmly with the Saviors. Jesus scoffs at the man’s claims, insisting that the Hilltop now stands with Maggie.

Rick tires of the back-and-forth debate, and opens fire on Negan, who flees inside the Sanctuary’s main building. Then the main plan is put into effect. Daryl drives along on his motorcycle, setting off a set of explosives, while Gabriel positions the RV, with a much larger charge, by the front gate. The bomb goes off, taking down the gate and allowing a group of recently-herded Walkers to begin flooding onto the grounds of the Sanctuary.

Carl, who wasn’t allowed to accompany Rick to the battle, goes back to the spot where he had earlier encountered the survivor. He leaves a couple of cans of food along with a note that says “Sorry”. The man watches him as he leaves.

Amidst the chaos, Gabriel sees Gregory surrounded by Walkers. He attempts to save the man, but Gregory takes advantage of his generosity to steal a car and flee. Gabriel, looking for a place in which to hide from the horde of Walkers, manages to get inside a nearby trailer. He is then shocked to discover that Negan has also taken refuge inside the trailer. The two of them are now trapped inside, as hundreds of Walkers swarm outside.