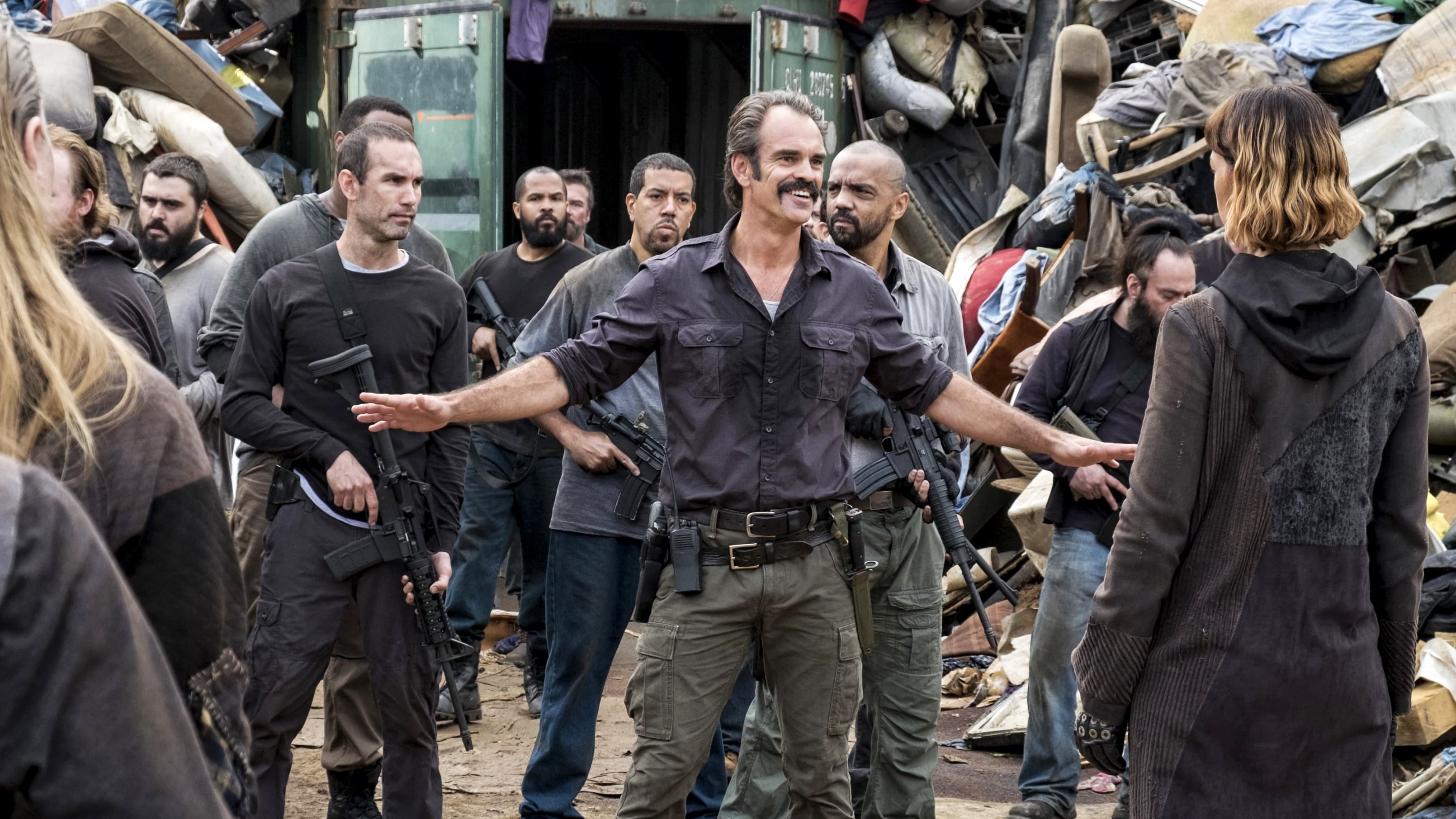 
Plot : The Lost and the Plunderers

Michonne and Rick continue to mourn Carl as they make their way out of Alexandria. They drive to the Junkyard to help Jadis, as her people are now going to be targeted for trying help Rick. When Rick and Michonne arrive, they find that all are dead, with only Jadis surviving. Simon, Negan’s second-in-command, killed everyone, going against Negan’s explicit orders.

Jadis, heartbroken and desperate, begs for Rick to take her with him as he prepares to leave. He tells her that he is “tired of her games”, however, and abandons her. She is left surrounded by Walkers, in her former safehaven. After briefly considering suicide, Jadis quickly and efficiently disposes of the Walkers, all of whom are her former followers. She then sits alone in her former kingdom.

At the Oceanside, Enid and Aaron stand in judgment for killing Natania. Cyndie almost has them executed, but Enid convinces her that more killing isn’t the answer, and ultimately will only lead to more violence. Although Cyndie lets them go, she warns them never to return. Enid leaves, but Aaron insists on staying, saying that he feels that he can convince the community to join forces with the Survivors.

Rick goes through a collection of letters Carl wrote in the time leading up to his death. One of them is specifically addressed to Negan. Rick calls Negan on a walkie-talkie, and tells the man of Carl’s letter, and of his death. Rick says that although Carl asked for peace between their groups, it is now too late for that. Rick vows to kill Negan. Negan says that it will never happen, and furthermore blames Rick for Carl’s death, saying that in the end Rick was a failure as a leader and as a father.