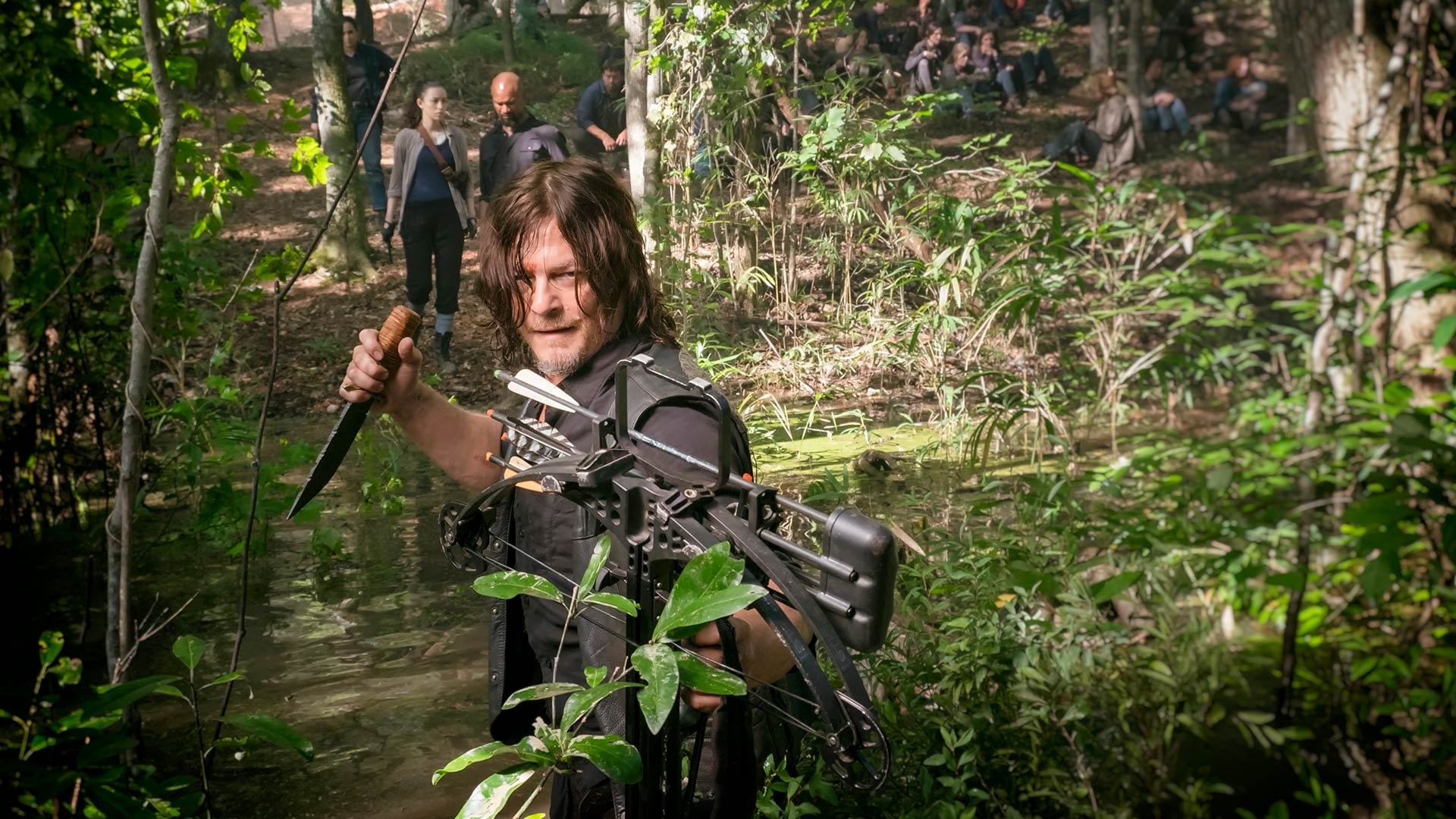 
Plot : Dead or Alive Or

Dr. Harlan Carson and Gabriel have escaped the Sanctuary, with help from Eugene. They make their way through a wooded area, while Gabriel’s eyesight deteriorates from his worsening infection. Gabriel follows what he considers divine guidance, and what Dr. Carson considers a hunch, leading them to a cottage that yields a supply of life-saving antibiotics.

As Gabriel and Carson’s journey continues, they are found by a Savior scouting expedition. Carson, in a rare moment of confidence, attempts to escape, and is immediately shot dead. Gabriel is heartbroken and lost. His belief that God had given him a specific mission to accomplish is destroyed. He finds himself taken to Eugene’s bullet factory, where he is forced to go to work sorting shell casings

Meanwhile, Daryl leads the remaining survivors from Alexandria to the Hilltop. Dwight provides assistance, showing them a route through a nearby swamp that the Saviors have always considered too dangerous to use for travel. As the group works on clearing out floating Walkers, Tara takes advantage of this as an opportunity to get Dwight alone. Still feeling vengeful because of Denise’s death, she plans to kill Dwight. Before she can carry out her plan, a group of Saviors appears. Dwight rushes out of the brush and joins them, pretending that he was simply hiding after an earlier ambush on his group. The other Saviors don’t know of his Betrayal of Negan, and so welcome him back into the fold. Still, Dwight carefully doesn’t reveal the presence of the Alexandrians, which causes Tara to reconsider her earlier opinion of him.

Daryl is furious when he discovers that Dwight has left the group, but he quickly gets past it, and continues to lead the group to the Hilltop. There, they meet up with Maggie, Carol, Enid, and others. Everyone at the Hilltop now learns of Carl’s death.

Stopping by Eugene’s bullet works, Negan is disappointed by the slow production speed. After a conversation with Eugene, however, Negan has a brainstorm. He soon reveals to the Saviors a new battle plan: coat all of their hand-held weapons with Walker blood and guts, then go to the Hilltop and make the community “join the team”. Soon his enemies will be infected by the Walker virus, and Negan will be victorious.