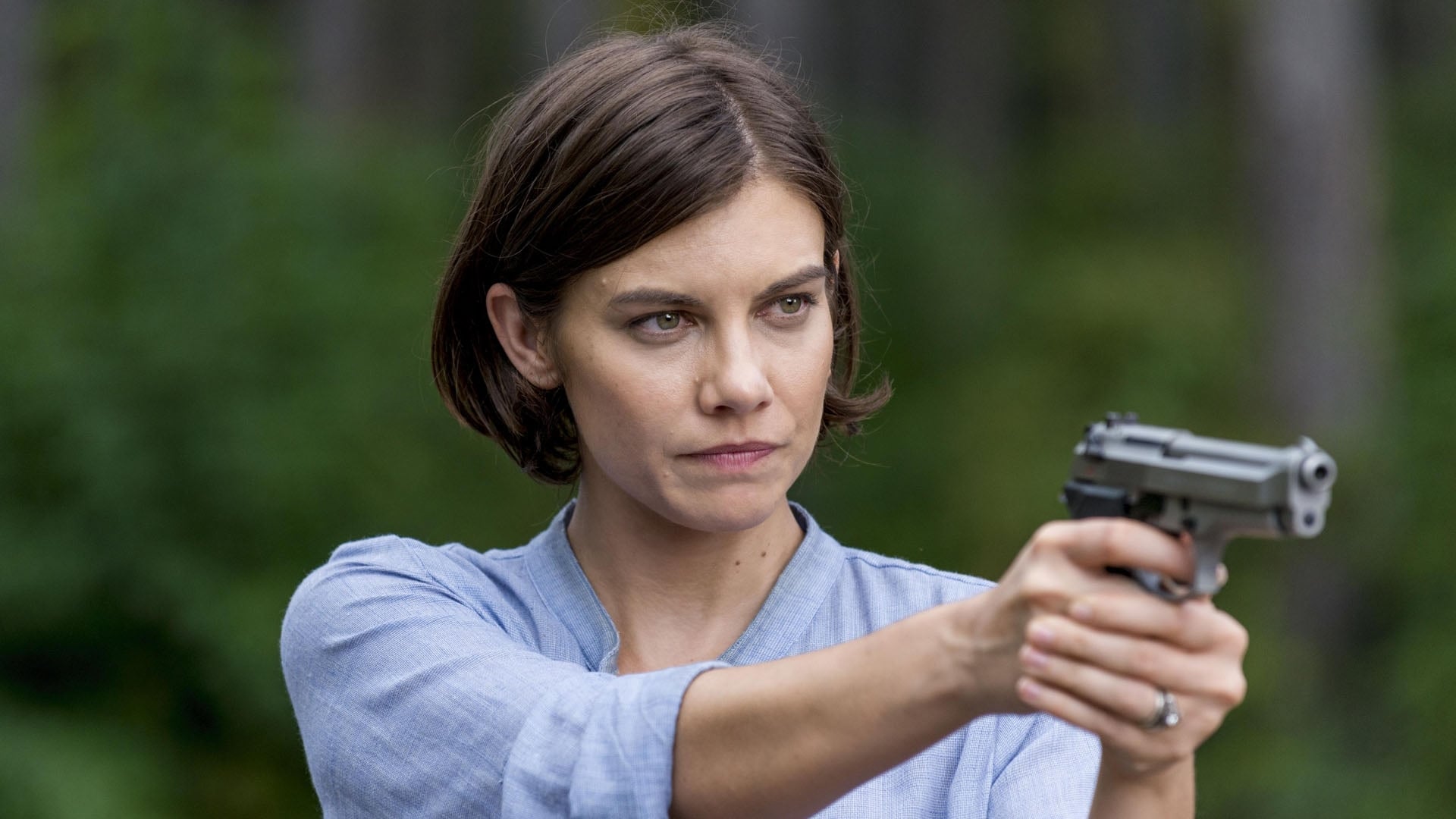 With weapons covered in Walker blood, The Saviors make their way to The Hilltop. They are seen by an angry and unstable Rick, however, who chases the Savior motorcade and rams Negan’s vehicle. After Negan crawls out of the wreckage, he is pursued by Rick into an abandoned building. Simon, who saw what occurred, convinces the other Saviors that they should let Negan handle the situation.

Maggie encounters Georgie, an unusual survivor who offers “the key to the future” in exchange for phonograph records. Enid, still bitter over Carl’s death, recommends simply killing Georgie and and taking what she has. Michonne insists that it is time that the Hilltop begin to again gain friends. In the end, Maggie agrees to the trade. She is given a set of plans for windmills, aquaducts, and other engineering feats that will be invaluable for helping the Hilltop to thrive. Georgie says that someday she will return and want more payment for what she has given, although that day may not come for a long time.

After discovering Negan’s wrecked car, Simon decides that he can use it was a way to assume command, by convincing the other Saviors that Negan is most likely dead. Dwight, still angry at Negan for past treatment, and also wanting to feel the situation out, goes along with the ruse. He soon regrets it, however, when Simon’s first order as the new “Negan” is to not simply teach the Hilltop people a lesson, but go there and wipe out the community completely.

As Rick and Negan play a game of cat and mouse in the abandoned building, Negan offers Rick a deal to end the fighting. Rick refuses, mentioning how the Scavengers were wiped out after THEY had made a deal with him. Negan is surprised, and now realizes that Simon went out of his way to violate his direct orders.

After a scuffle, Negan manages to escape Rick. He is soon captured, however, by an angry Jadis.