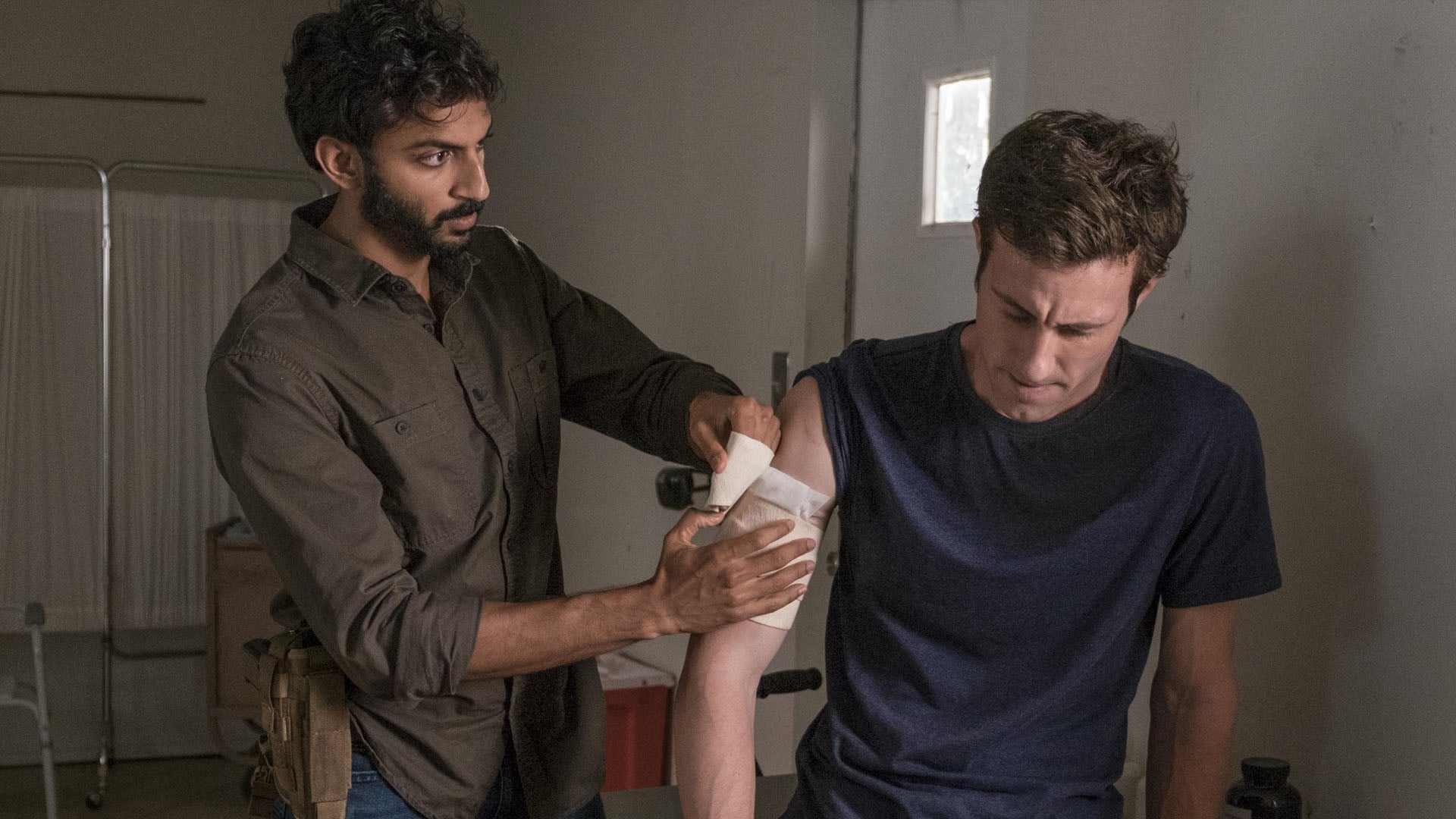 
Plot : Do Not Send Us Astray

That night, Simon leads the Saviors to the Hilltop. Maggie has her people prepared. She first tries to bargain using the lives of the POW Saviors, but Simon writes them off as “damaged goods”. A battle then breaks out between the two groups. Simon’s group eventually flees, but only after leaving many of Rick’s and Maggie’s group injured. As the next day turns into night, wounded citizens begin to die and then rise as Walkers. Because none of the victims, including Carol’s old boyfriend Tobin, had been bitten by Walkers themselves, the group realizes that the weapons the Saviors used must have bee coated in Walker blood. Many have been infected.

Meanwhile Henry. still seeking vengeance for his brother’s death, gets his hands on a machine gun. He goes to the outdoor cell where the Savior prisoners are being held. Not knowing which Savior killed Benjamin, he tries to threaten a confession out of someone in the group. Unfortunately, he makes the poor choice of unlocking the cell. As Walkers begin raising chaos across the Hilltop, the Savior Jared takes advantage of the situation and leads several others, including the traitorous Gregory, in an escape. Alden, however, stays with many other Saviors, helping to close the front gates and prevent more Walkers from flooding into the Hilltop. Once Maggie finds out what Alden has done, she begins to have a small but growing amount of trust in him.

As Maggie attends a small burial service, Carol and Morgan go out in search of Henry, who disappeared after his disastrous attempt at revenge. While standing alone, Morgan sees a vision of the dead Gavin, who taunts him over how his hypocritical behavior caused the current situation.