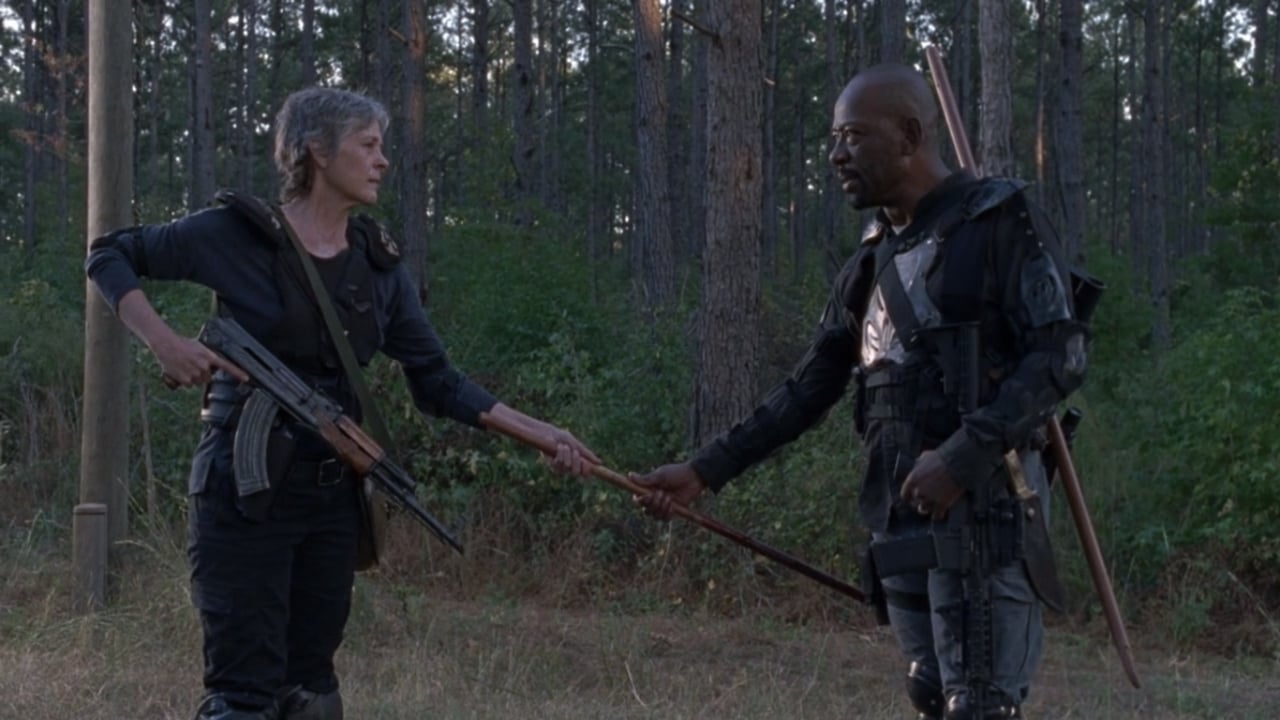 Jadis has Negan tied to a dolly, as she plans to subject him to torture and execution. Negan explains that Simon was responsible for killing her people, and that Negan feels as betrayed as she. Still, Jadis continues with her preparations, which will begin with burning Lucille.

Negan turns the tables on Jadis, after she leaves him too near a pistol and flare that she was going to employ in the execution. As Negan threatens to burn old photographs that have great sentimental value to the woman, she uses a “Walker Dolly”, another weapon she’d constructed, to defend herself and close in. She gets the flare away from Negan, but it falls into a puddle of water. The timing of this is unfortunate, as a mysterious helicopter then appears above the junkyard. Before Jadis can properly signal the aircraft, it flies away.

Later, Jadis has released Negan. She no longer wishes to kill him, but she also rejects his apparently sincere offer to join his group and help him pursue a “new path”. As he leaves, Negan vows to settle matters with the perpetrator of the Junkyard massacre. On the way back to the Sanctuary, Negan then picks up a mysterious stranger.

Meanwhile at the Hilltop, Rick is obsessing on several tasks, in spite of Michonne’s warning that he needs to deal with his emotions regarding Carl’s death. After getting intel from Alden, Rick heads toward a nearby abandoned tavern, where he believes the recently escaped Saviors may be hiding out. Morgan joins him along the way. As they near their destination, however, they are attacked and knocked unconscious.

As Rick wakes up in the tavern, tied up beside Morgan, he discovers Jared arguing with the other Saviors. The men can’t agree on what to do with Rick and Morgan. Jared knows that bringing Rick back to Negan alive will score him major points, but he also knows that Rick is dangerous. Rick enters the discussion, quickly convincing many of the Saviors (though not Jared) that the wisest course of action would be to return to the Hilltop, where they could eventually join the community. Before the matter can be settled, a herd of Walkers invades the tavern. The Saviors (mostly) ask for Rick and Morgan’s assistance, which they give. As the Walkers are wiped out, however, Rick and Morgan begin killing the Saviors, in spite of their earlier promises to set differences aside. As Jared then attacks Morgan, he is trapped by the man, and is devoured by a couple of Walkers.

As evening falls, Carol is in the woods surrounding the Hilltop, searching for the missing Henry. She eventually finds him attempting to fight off several Walkers. She kills the Walkers and saves the boy. Weeping in joy, she then returns to the Hilltop, where Ezekiel similarly greets the young man. Morgan then returns, and tells Henry that he killed Jared, the man who killed Henry’s brother.

Carol sits with Ezekiel, and explains to him that she has not allowed herself to get close to anyone because of the person she had been forced to become. The death of her daughter made her a different person, stronger, but also colder. She would like to live another way, although she doesn’t know if it will always be possible.

As Rick gets cleaned up after the day’s events, he apologizes to Michonne for his earlier distant behavior. She tells him no apology is necessary, and that she loves him. Rick then reads Carl’s letter to Michonne, which she had earlier offered to share with him. 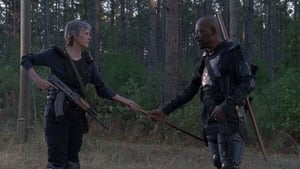