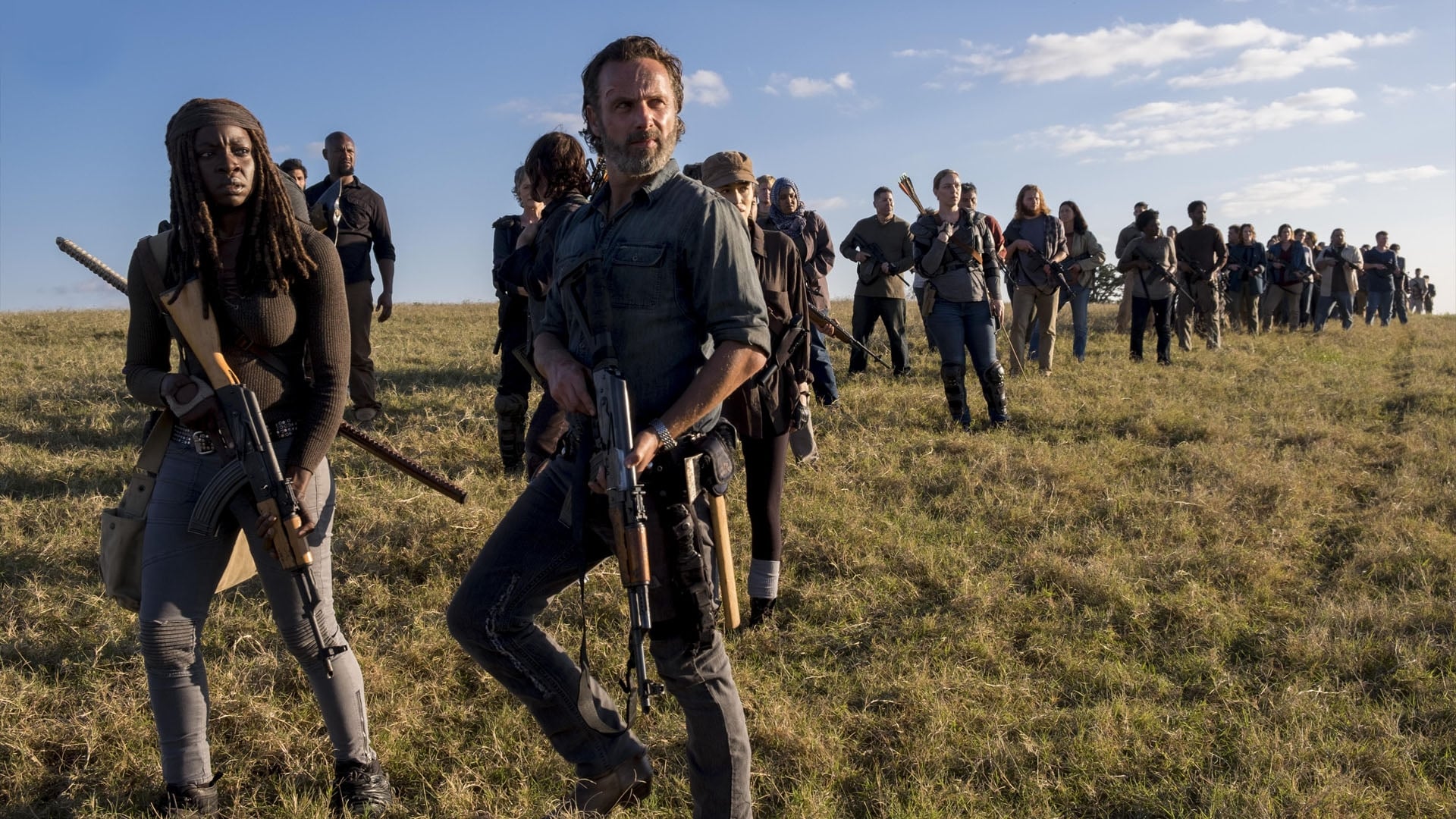 As Rick, Maggie, and Ezekiel’s combined forces make their way to the meeting spot, Negan calls out on a bullhorn, announcing that he has arranged an ambush. He then reveals a massive army. As his people open fire, however, their weapons malfunction. Their guns explode in their hands, thanks to Eugene and Gabriel’s tampering. Seeing this opening, Rick’s army charges.

Most of the Saviors quickly surrender, but Rick and Negan continue their fight. Although Negan at first has the upper hand, Rick tricks him into letting his guard down. At that point Rick slashes his throat. Thinking about Carl’s last wish, and how Negan had insisted that Carl was wrong, Rick orders Siddiq to save Negan. Maggie violently objects, as her people hold her back. Rick orders the surviving Saviors to return to their home, and proclaims that Negan’s rule, and way of life, is over. From this day forward all of the communities must work together to fight the Walkers, the true threat to a normal existence.

At the Hilltop, Saviors invade, while most of the community’s population escapes into the woods. Alden and Tara head back to distract the invaders, only to find Oceanside soldiers throwing Molotov cocktails at the Saviors, wiping them out.

Post-war moments reveal Rick’s militia delivering supplies to the Sanctuary to help them re-build. Daryl spares Dwight, on the condition that he find Sherry and never return. Maggie, not pleased with Rick’s decision to spare Negan, conspires with Jesus and Daryl. Morgan invites Jadis to move to Alexandria. He, however, plan to stay at the junkyard, as he now feels that he is too unstable to be around the rest of the Hilltop community. Negan recovers in the infirmary, where Rick and Michonne inform him that he will rot in a cell for the rest of his life.