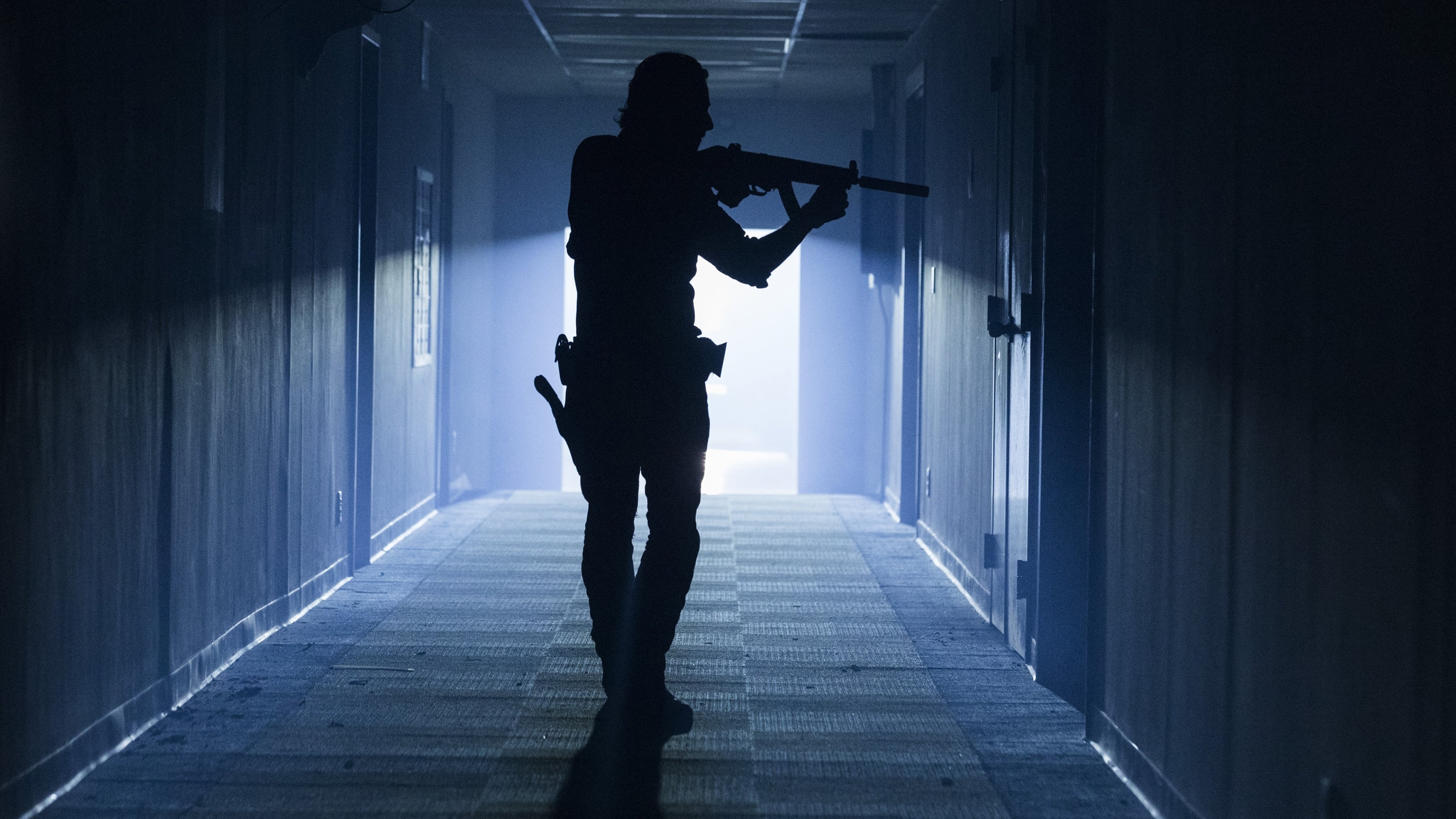 At a Savior outpost in an abandoned insurance office building, one of Rick’s groups of combined militia attacks. They slowly cut down the number of Saviors, then watch as the dead turn and finish off the rest. During the attack Aaron’s boyfriend Eric is severely wounded. Aaron rushes him away from the scene, as the man continues to bleed out.

Rick, Daryl, and others enter the building from another direction. They go from room to room, searching for the weapons armory. On one of the upper floors Rick has to kill one of the Saviors, then is filled with self-loathing when he realizes that the man had been guarding a baby. He is then caught unprepared, as another man steps out and holds him at gunpoint. It turns out that this Savior is Morales, who Rick hasn’t seen since the earliest days of the outbreak. Morales tells Rick that he’s called more Saviors on his walkie, and they’ll soon be arriving.

Meanwhile, at the Satellite outpost that was once cleared out by the Survivors, another battle takes place. Morgan, Tara, Jesus, and others attempt to remove any resistance. Morgan and Tara want to kill any Saviors they find. Jesus, however, insists that they should capture anyone who is willing to surrender. Although angered by this approach, Tara resists the impulse to kill the Saviors who are gathered. In the end Morgan also relents, although this is put to the test when he sees that one of the survivors is Jared, the Savior who killed young Benjamin from the Kingdom.