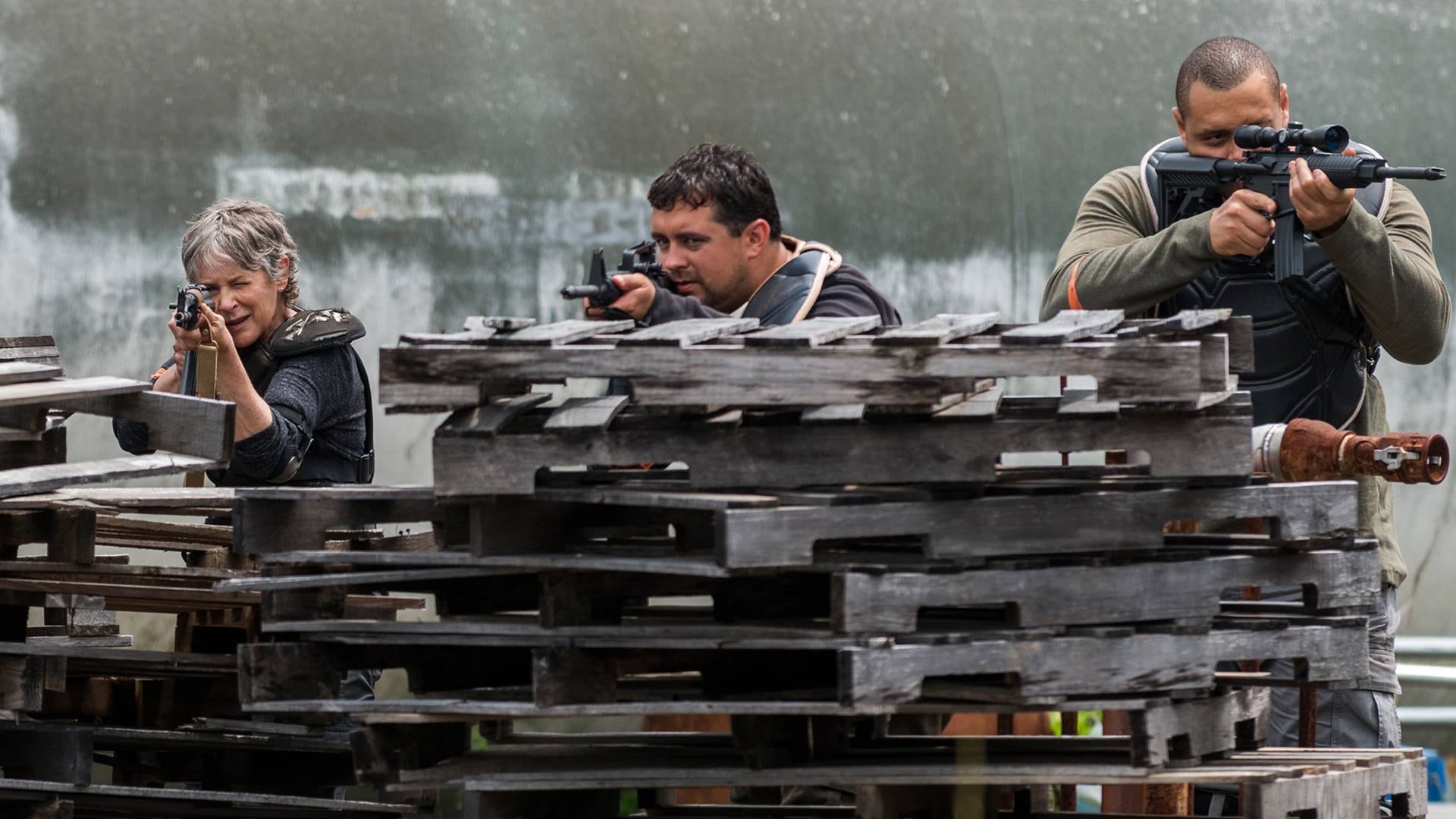 Ezekiel and his troops travel through the woods on the way to a Savior outpost. They kill several groups of enemies along the way, and sustain no casualties. After they arrive, Carol helps to sweep the compound, leaving no apparent threats. Suddenly, though, heavy gunfire comes from the main building, cutting down the Kingdom’s soldiers.

Meanwhile at the office building outpost, Rick is held at gunpoint by Morales. The two men converse, discussing how their lives have changed and criticizing each other’s choices. As Rick tries to get through to the man, Daryl sneaks in behind him and kills him with a crossbow bolt to the head. When Rick asks Daryl if he knew who it was, Daryl say yes, but it doesn’t matter. Suddenly, the Savior reinforcements Morales called arrive, attacking the building in force.

Elsewhere, the combined Hilltop and Alexandrian forces are escorting about 30 captured and shackled Saviors who had surrendered after the battle at the satellite outpost. Morgan and Jesus argue, as Morgan still believes that all of the Saviors should be killed. This eventually leads to a fight, after which Morgan leaves the group. Jesus proceeds with his plan to take the prisoners to the Hilltop.

Gregory, having stolen Gabriel’s vehicle and fled from the Savior Sanctuary, returns to the Hilltop, where he is questioned by Maggie as he stands outside the locked front gates. The man, ever a politician, insists that he had not meeted Negan in secret, but instead had acted purely in the interests of the Hilltop community. Even though Maggie knows that he is lying, she eventually allows him to enter. Just afterward, Jesus arrives with his prisoners. As planned, he talks Maggie into allowing the Saviors to live. They are to be locked up in several trailers at the edge of the community.

The Survivors manages to defeat the Savior reinforcements, and he takes the baby girl he’d found and gives it to Aaron, who is grieving after his boyfriend Eric succumbed to his gunshot wound. Aaron promises to return the child to the Hilltop. Rick and Daryl then question a surrendering Savior, who tells them that the guns they are seeking have been moved to Gavin’s compound. Daryl shoots the man anyway, much to Rick’s shock.