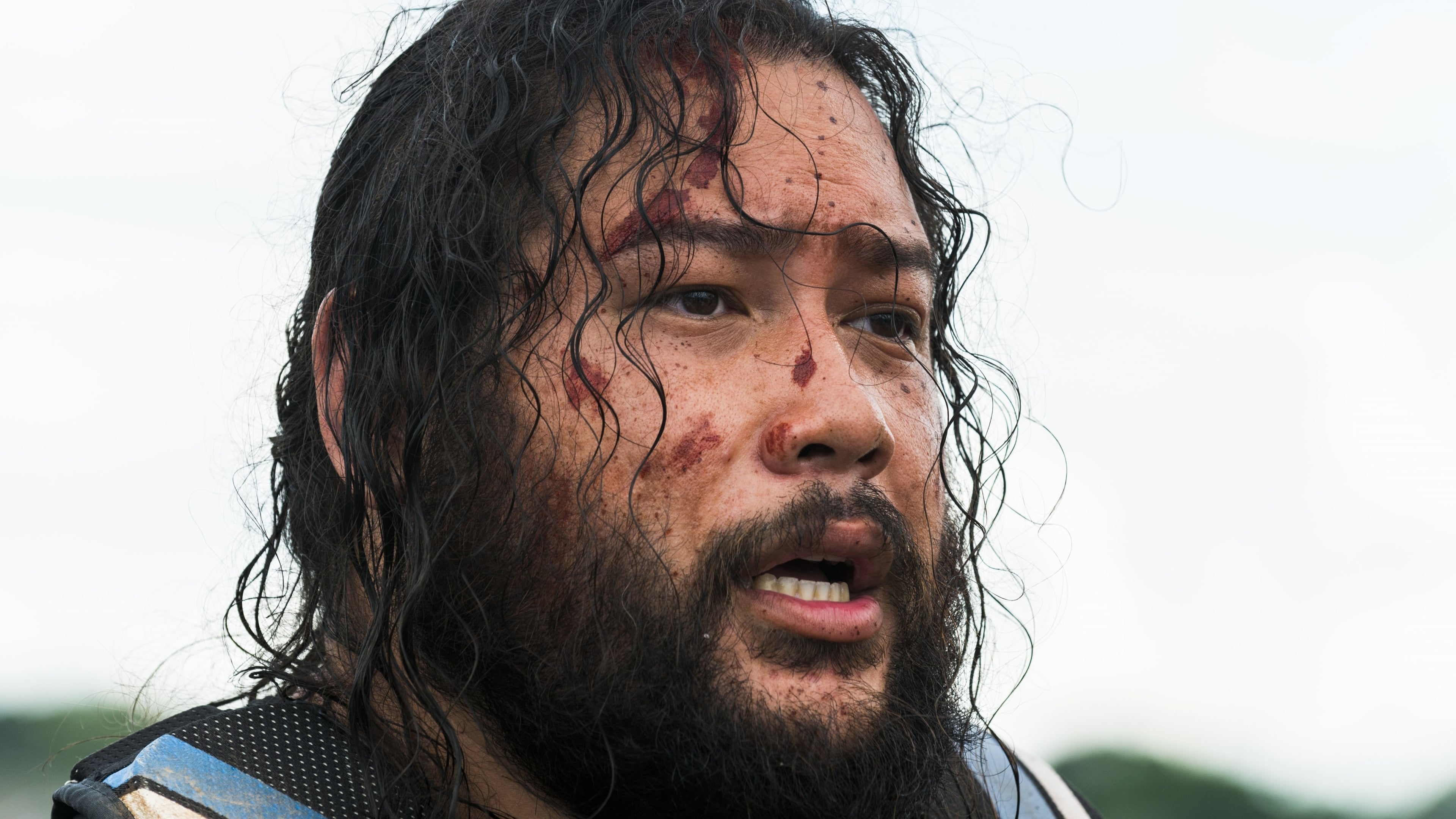 Ezekiel bursts out of a pile of dead bodies of his soldiers, and screams in despair. With an injured leg, he walks off with the help of a sole surviving member of his army. That man, however, is then shot by Gunther, a Savior. Gunther then drags Ezekiel along, planning to take him to Negan for a reward. Along the way, he insults Ezekiel and his way of life, telling him the Kingdom is a joke, and he is just a con man in a costume. After he realizes he won’t be able to take Ezekiel any further, Gunther decides to kill him and take his head back to Negan. Before he can kill Ezekiel, though, he is bisected by a sword-wielding Jerry.

Carol manages to catch up to the second group of Saviors, as they begin loading the heavy weapons into a truck. Carol attempts to ambush the Savior crew but is repeatedly stymied. Even when she attempts to use a hostage, his own crew kill him. Eventually she sees Ezekiel and Jerry desperately defending themselves outside the gate of the compound. Given the choice between continuing to fight for the weapons or saving her friend, she decides to go with her conscience and give aid to Ezekiel.

Rick and Daryl, having traveled from the office compound based on the intel they got from a captured Savior, pursue the vehicle transporting the weapons. After a lengthy chase, Rick manages to stop the shipment, although he causes the vehicle to crash in the process. He and Daryl then go down to the wreckage to see if the driver is alive and possibly can provide further information.

Carol continues walking back to the Kingdom with Ezekiel and Jerry. Eventually they wind up cornered by Walkers. Ezekiel insists that Jerry and Carol should leave him behind so they can save themselves. Just then, though, Ezekiel’s pet tiger Shiva leaps among the Walkers. It kills some, and then is overcome by the herd. In sacrificing its life, however, it allows Ezekiel and the others to escape. They make it back to the Kingdom, but the experience has left Ezekiel emotionally shattered.