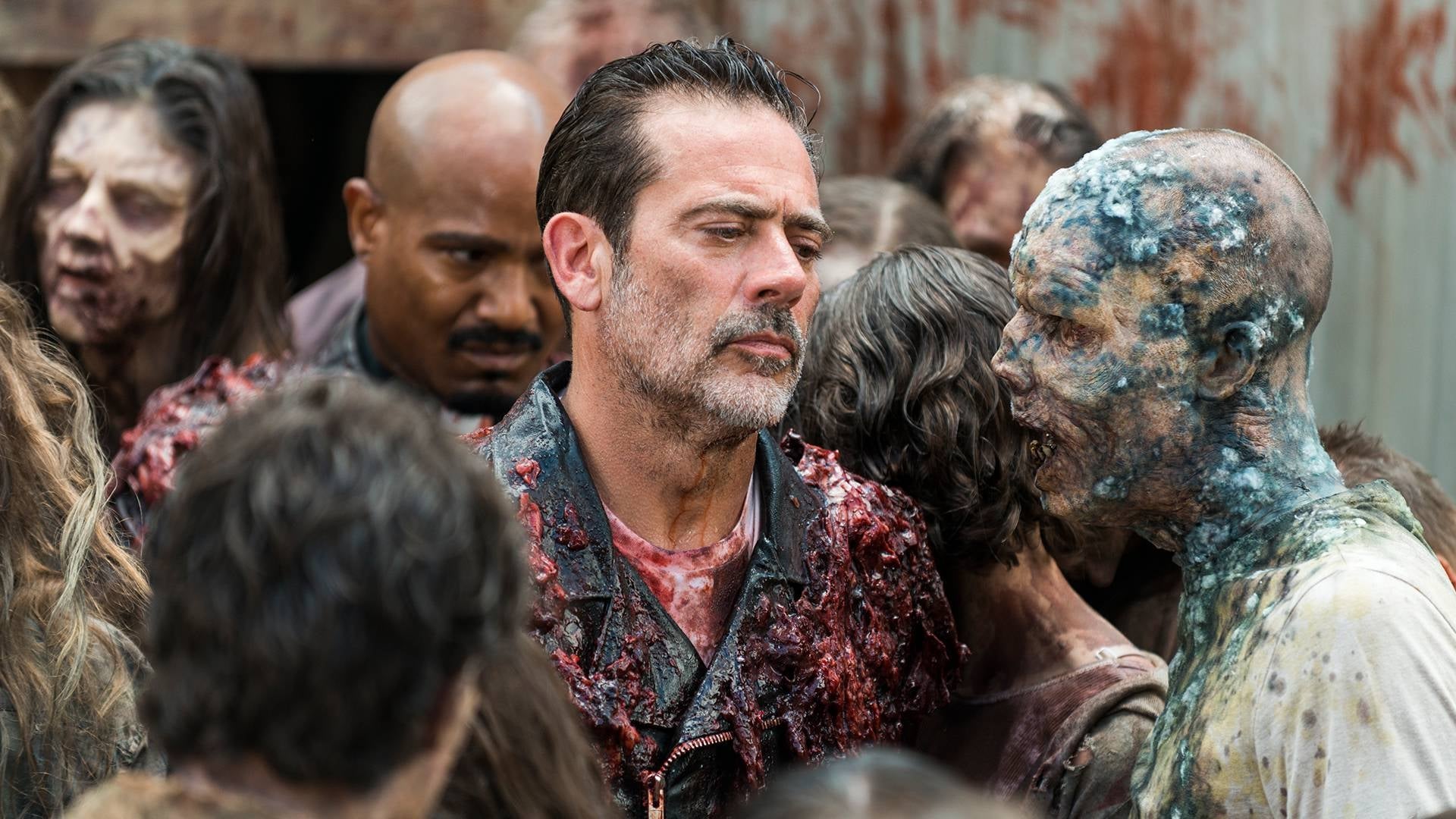 Negan and Father Gabriel are trapped in a trailer surrounded by Walkers, within the grounds of the Sanctuary. While initially hostile with each other, they realize their common goal at the moment is getting to safety. Eventually Gabriel convinces Negan to make confession to him. He does this by first telling his own greatest sin, letting his parishioners die outside his church when the outbreak first began. Negan then tells him of his shame at watching his first wife, the one woman he truly loved, die, then not being able to put her down to keep her from turning. With this emotional hurdle cleared, the two men then make plans to make it back into the Sanctuary. They smear themselves in Walker guts and mix among the Walker herd, slowly making their way back to the main building.

Within the Sanctuary, Simon discusses the situation with the other lieutenants, who believe Negan may be dead. They begin to question who will now be in authority, which creates conflict among them. They also discuss the fact that supplies, now not being replenished by the other settlements, are quickly beginning to dwindle.

After the meeting, Eugene suddenly realizes that Dwight is a mole. He chooses to keep the information to himself. Meanwhile the workers, suffering from the heat now that the power has been turned off to conserve supplies, move up onto the second floor, against their normal orders. They know something is wrong, and demand to see proof that Negan is still alive. Violence is about to break out when Negan suddenly appears, alongside Father Gabriel. The people fall to their knees in loyalty.

Gabriel is taken to a cell. Later Eugene checks in on him, and immediately sees that he is falling ill with a fever. Although delirious, Gabriel insists that Dr. Carson needs to be returned to the Hilltop, so Maggie’s pregnancy can continue unimpeded.