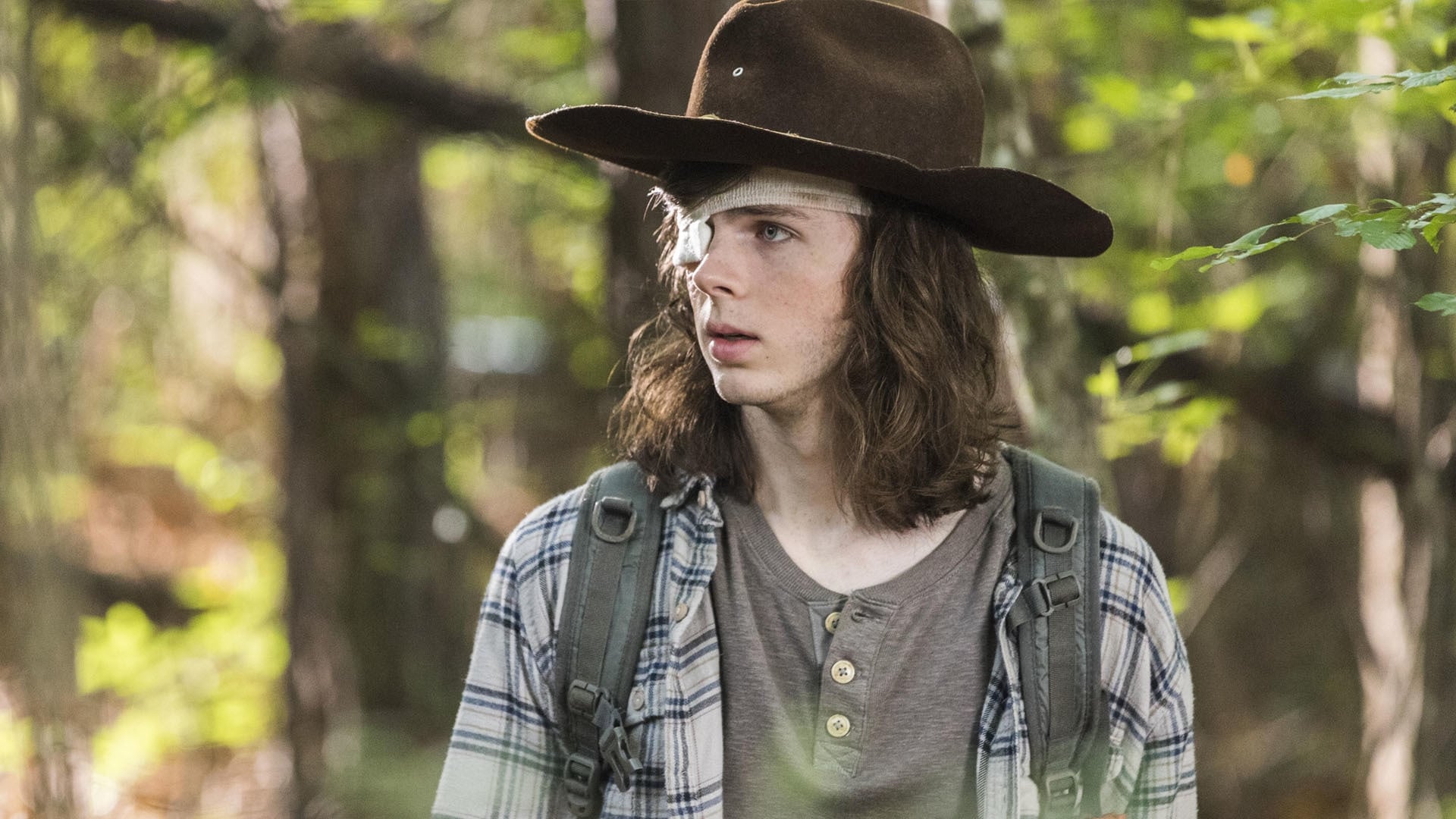 
Plot : The King, the Widow, and Rick

The stolen weapons having been destroyed, Rick heads to the Junkyard to convince the Scavengers to change sides again and help his people. He shows Jadis photos of dead Saviors in the aftermath of the three outpost battles, and tells her that the Saviors are close to defeat. This doesn’t sway Jadis, and she has Rick stripped naked and locked in a cargo container.

At the Hilltop, Maggie is still unconvinced that they should keep the captured Saviors alive. Meanwhile, Jesus sees to their needs. Maggie has a large outdoor holding pen constructed, and moves the prisoners, declaring that they won’t be mistreated. She also has Gregory thrown into the pen, as he has proven that he can’t be trusted. Later Jesus tries to thank Maggie for her mercy, but she stops him. She says that if the captured Saviors don’t prove to be useful for hostage exchange, they will have to die.

At the Kingdom, Carol tries to snap Ezekiel out of his grief-induced depression. She insists that the Kingdom needs him to lead them. However, the man cannot bring himself to “play his role” any more, because he is tired of what he considers to be a position built upon lies.

Carl returns to the woods, in search of the man he met at the gas station. He finds the mysterious stranger, and gives him food and water. He learns that the man’s name is Siddiq. Carl tells Siddiq about his community, and asks him Rick’s three screening questions. Feeling that Siddiq will be a suitable new citizen for Alexandria, he begins to lead him back to the settlement. On the way, they come across a small group of Walkers feeding on a dead elk. After a slight struggle, they kill all of the Walkers, and continue toward Alexandria.

Michonne and Rosita head out for the Sanctuary. They want to see proof that Negan’s stronghold is indeed nearing collapse. Along the way they run across a couple of Saviors who have constructed a “sound truck” playing loud music, designed to lead the Walkers away from the Sanctuary and back toward Alexandria. After being discovered by the Saviors, Michonne and Rosita fight them, managing to kill one and cause the others to flee with the truck. Before it can escape to begin its mission, though, it is destroyed by Daryl, who sideswipes it with a garbage truck. He then reveals that he and Tara are also on the way to the Sanctuary. Like Michonne and Rosita, he wants to see that the Sanctuary is about to fall. Not only that, but he plans to use the garbage truck to ensure that the Walkers will be able to flood into the compound.