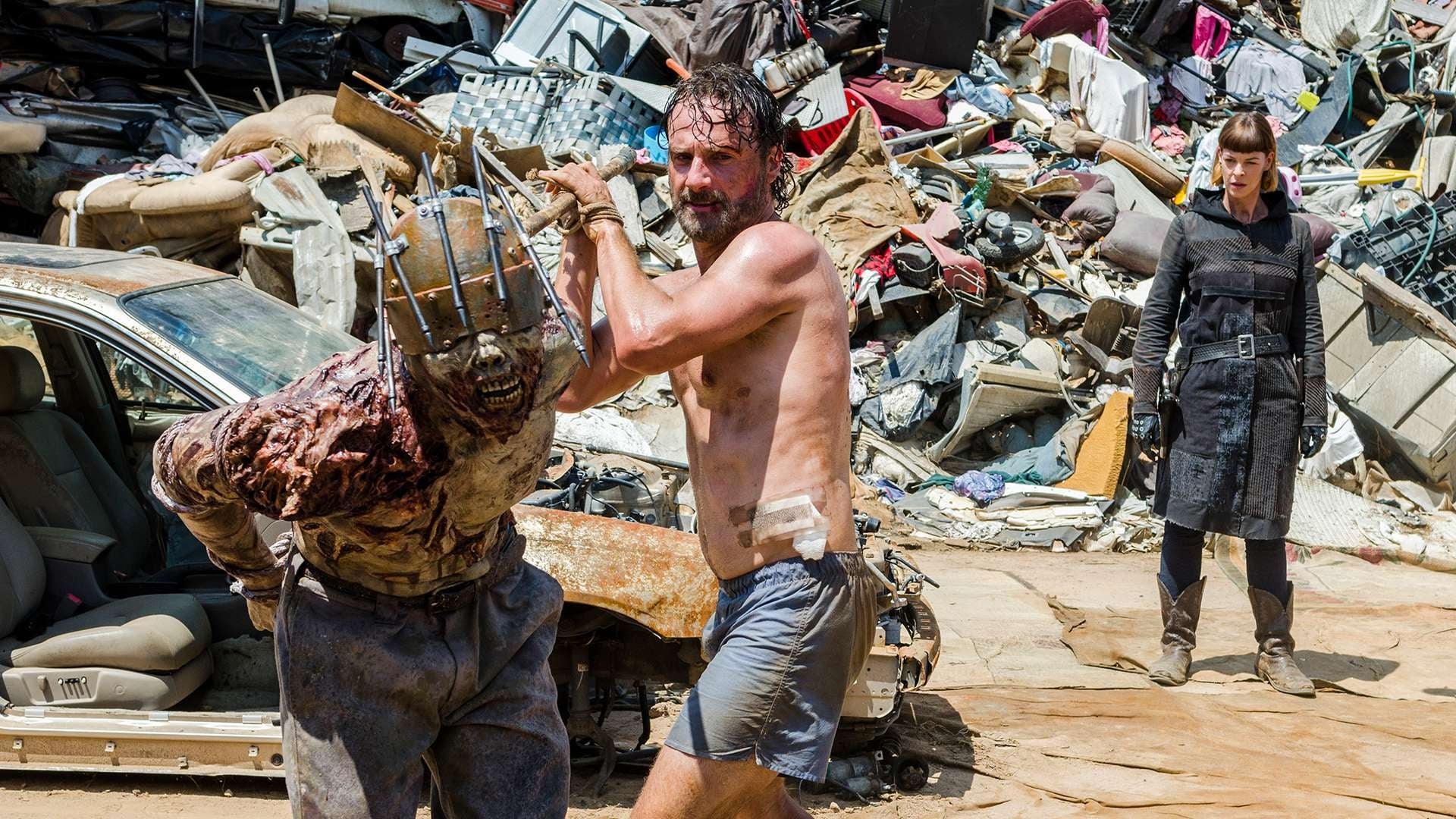 
Plot : Time for After

Tired of waiting for The Saviors to starve out, Daryl and Tara set their own plan into motion. With help from the snipers outside the Sanctuary, they crash a truck into the compound. Walkers then flood in and begin killing soldiers and workers, much to Eugene’s horror.

Eugene had previously been having a crisis of conscience. Negan had given the task of finding a safe way out of the Sanctuary. He had also been thinking about Gabriel’s request to help Doctor Carson escape back to the Hilltop, and also had recently confronted Dwight with the knowledge that he knew of his treason against Negan.

Once the Walker attack begins, Negan makes his choice. He tells Gabriel that he is on his own; Eugene is now fully committed to Negan’s cause. There is some sign that Eugene still has moral qualms however, as he chooses not to let Negan know of Dwight’s “fifth column” activities.

Rick continues to be held prisoner by the Scavengers. In a surreal scene, Jadis takes photographs of Rick, while another Scavenger draws sketches of him. Eventually Jadis sentences Rick to death, but he uses the tethered Walker that was to be his executioner to instead fight back. Rick gained the upper hand on Jadis and held a weapon to her throat. He tells the watching Scavengers that he will leave, and then his people WILL come to kill the Scavengers. Furthermore, the Saviors will turn on them, no matter who wins the war. The only smart choice is for the Scavengers to join forces with the Survivors. Jadis reluctantly agrees.

Soon afterward, a garbage truck holding Rick and a fighting force of Scavengers arrives at the Sanctuary. To Rick’s horror, however, the horde of Walkers is now gone, and the front gate is wide open.