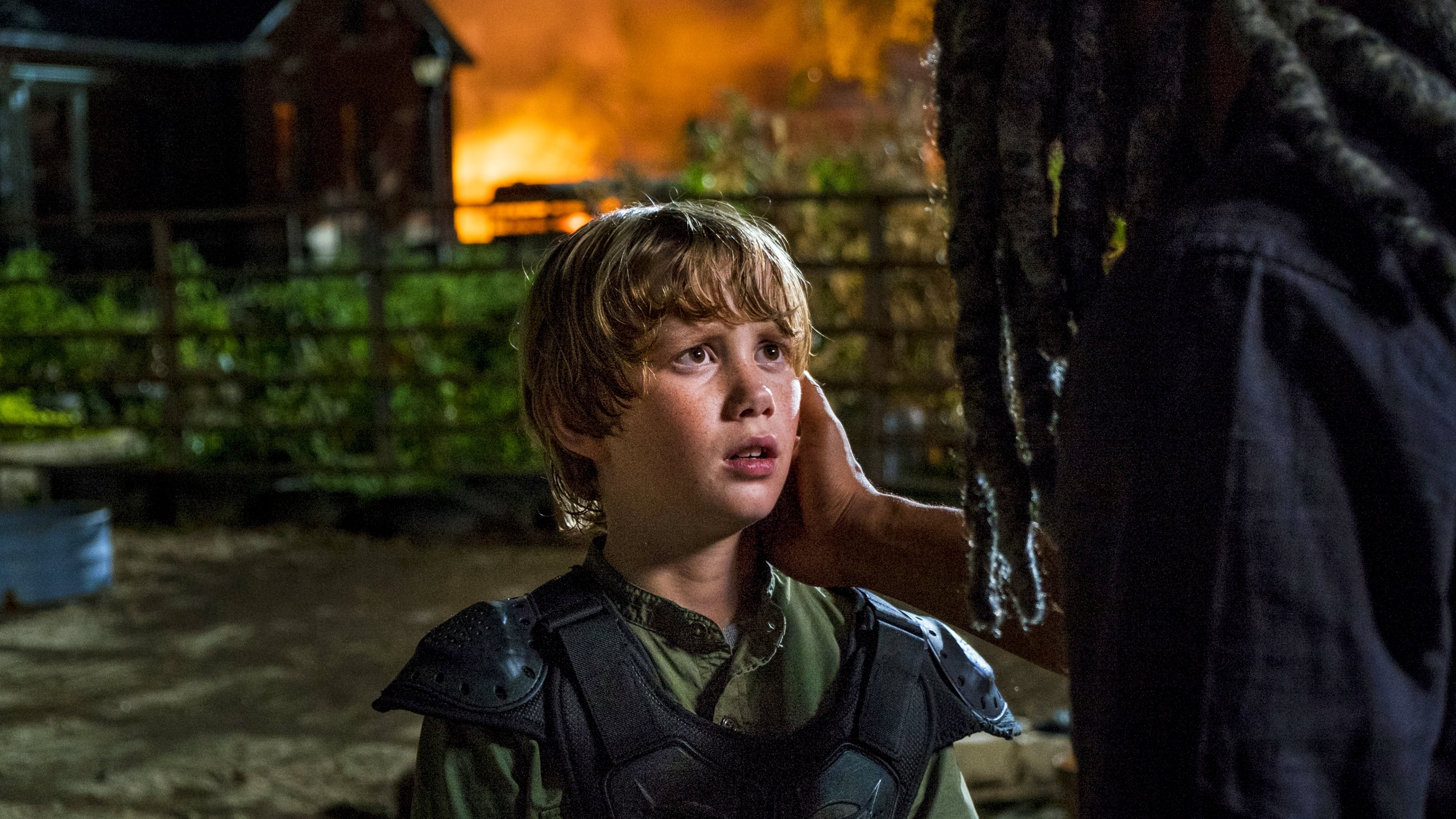 In the sewers, Rick and the others are in shock, seeing how close Carl is to death. The boy firmly tells the group that the Saviors had nothing to do with it; it just happened as he was helping Siddiq. He says goodbye to his family and friends. The Saviors above ground, thinking that there are no more survivors in Alexandria, finally head out. The Survivors heads for the surface, as Rick and Michonne remain behind to tend to Carl.

At the Kingdom, Ezekiel continues to be held prisoner by Gavin and a group of Saviors. As the group prepares to transport the King, Carol and Morgan approach by stealth and begin picking off the soldiers one by one. Eventually Gavin realizes what is happening and retreats to the theater. Although Ezekiel tries to convince the man that he can still change, Gavin insists that it is far too late. As Gavin grows increasingly desperate, Carol and Morgan make a final ambush, killing all of his men and forcing him to flee.

Gavin doesn’t make it far before Morgan catches him. Morgan is close to killing the man, when Carol and Ezekiel intercede on his behalf. Carol reminds Morgan of his previous words, and his previous ways; this isn’t the man he wants to be, or the man he has to be. Morgan seems to be coming close to conceding the point. But then Gavin is killed by young Henry, who had secretly followed Carol and Morgan on their mission. He killed Gavin in revenge for the death of his brother Benjamin.

Back at Alexandria, Rick and Michonne help Carl to reach a burnt-out church. As they try to make his final moments comfortable, Carl tells them that they have to find a way to make peace. There’s “got to be an after”, so Rick can again be the man he used to be. Carl thanks his father for making him the man he grew up to be. He then shoots himself in the head. Rick and Michonne bury him.