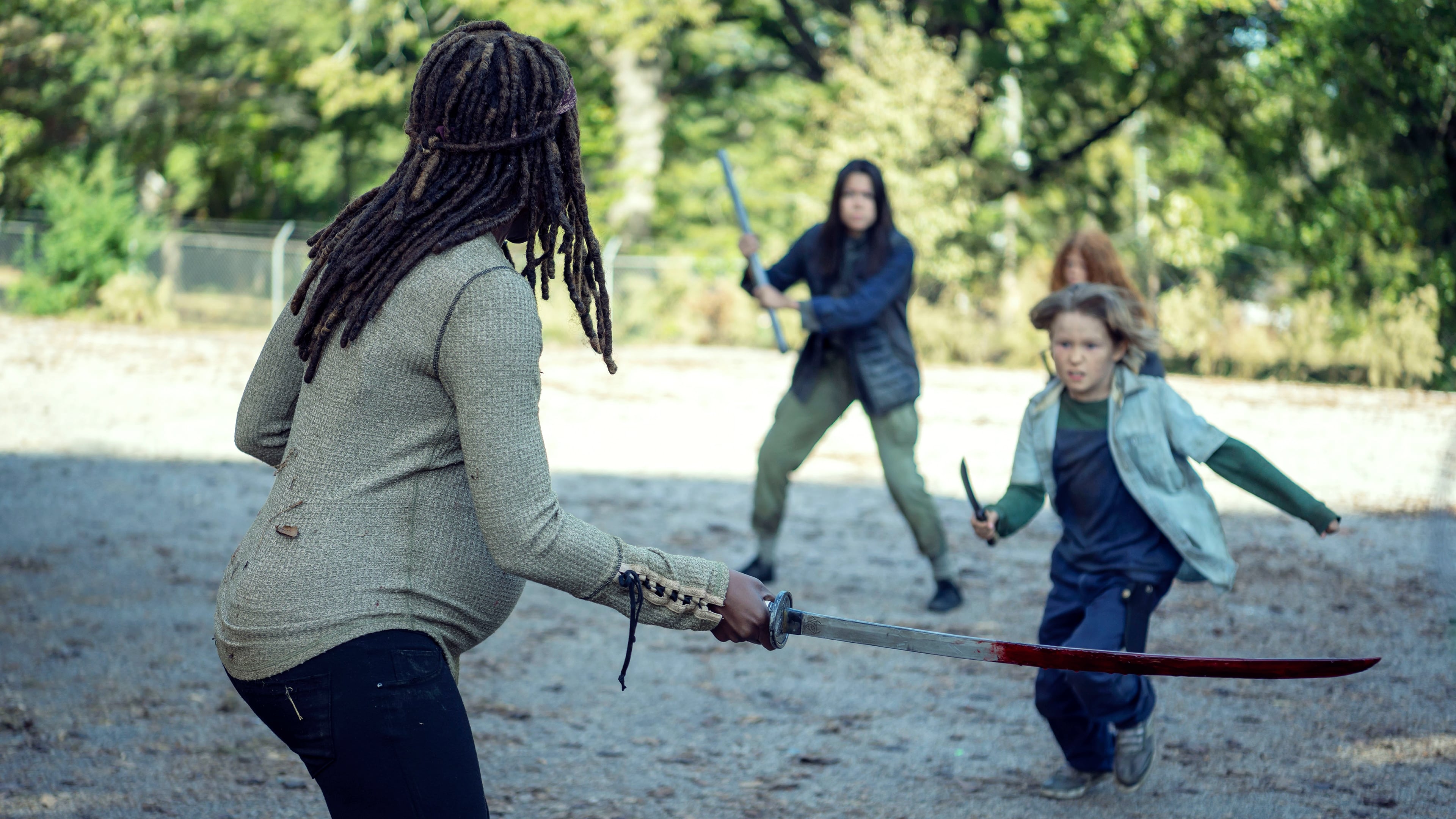 In a flashback, it is revealed that Michonne’s hardened nature came to be due to the arrival of Jocelyn, a friend of hers before the apocalypse. She kidnaps Alexandria’s children with her own child army, and Daryl and Michonne go after them. The are both branded and Michonne is forced to kill Jocelyn and all but one of her child soldiers to rescue Judith and the others. Alexandria has closed its gates ever since.

Back in the present, Daryl’s group arrives to get Henry patched up. Judith knows that Daryl and the others need help, so she escapes Alexandria to go after them. Michonne follows and rescues her from a walker, and the two finally get their feelings out. Judith believes Michonne doesn’t love her friends anymore which enlightens Michonne to make amends and go to the fair and give Daryl’s group a ride to it. Two Whisperers watch as people arrive at the fair, and they tell Alpha.