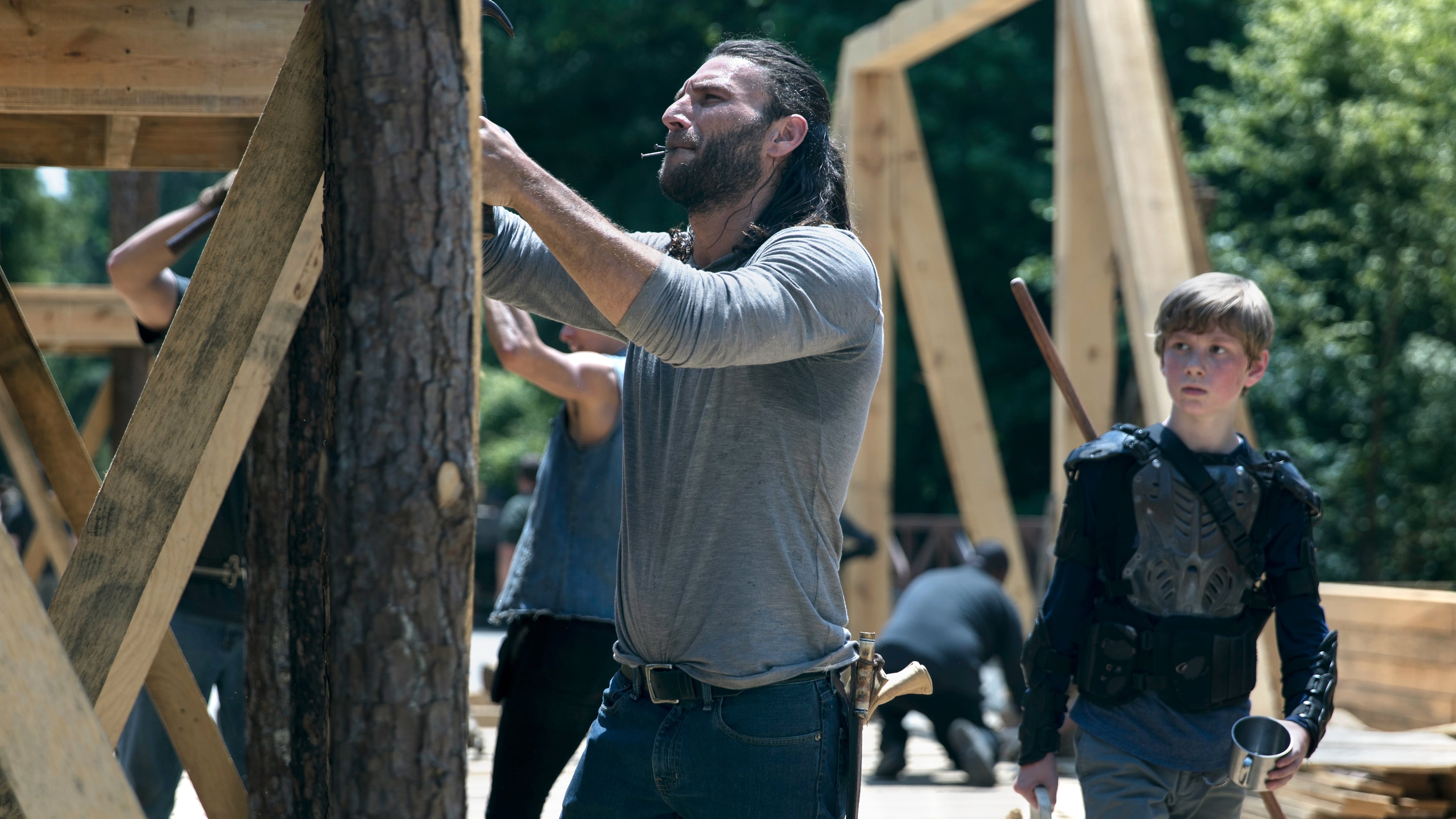 A month after Gregory’s death, the communities attempt to rebuild a bridge for better and faster passage to each other. Saviors who are on the construction crew begin to go missing and tension begins to grow. Things hit a boiling point when Aaron loses his arm in an accident due to Justin, a Savior causing trouble, failing to sound an alarm. Justin is removed off the project but is abducted by an unknown group while on his way to the Sanctuary.

Meanwhile, Michonne tries to convince Maggie to help the Sanctuary, but Maggie still refuses. After talking with Earl, who is imprisoned for his crime, she is enlightened to help the crippling community.

Rick talks to Negan about the bridge’s progress but the former Savior leader continues to taunt Rick over his decisions and that his vision for the future is going to fail.