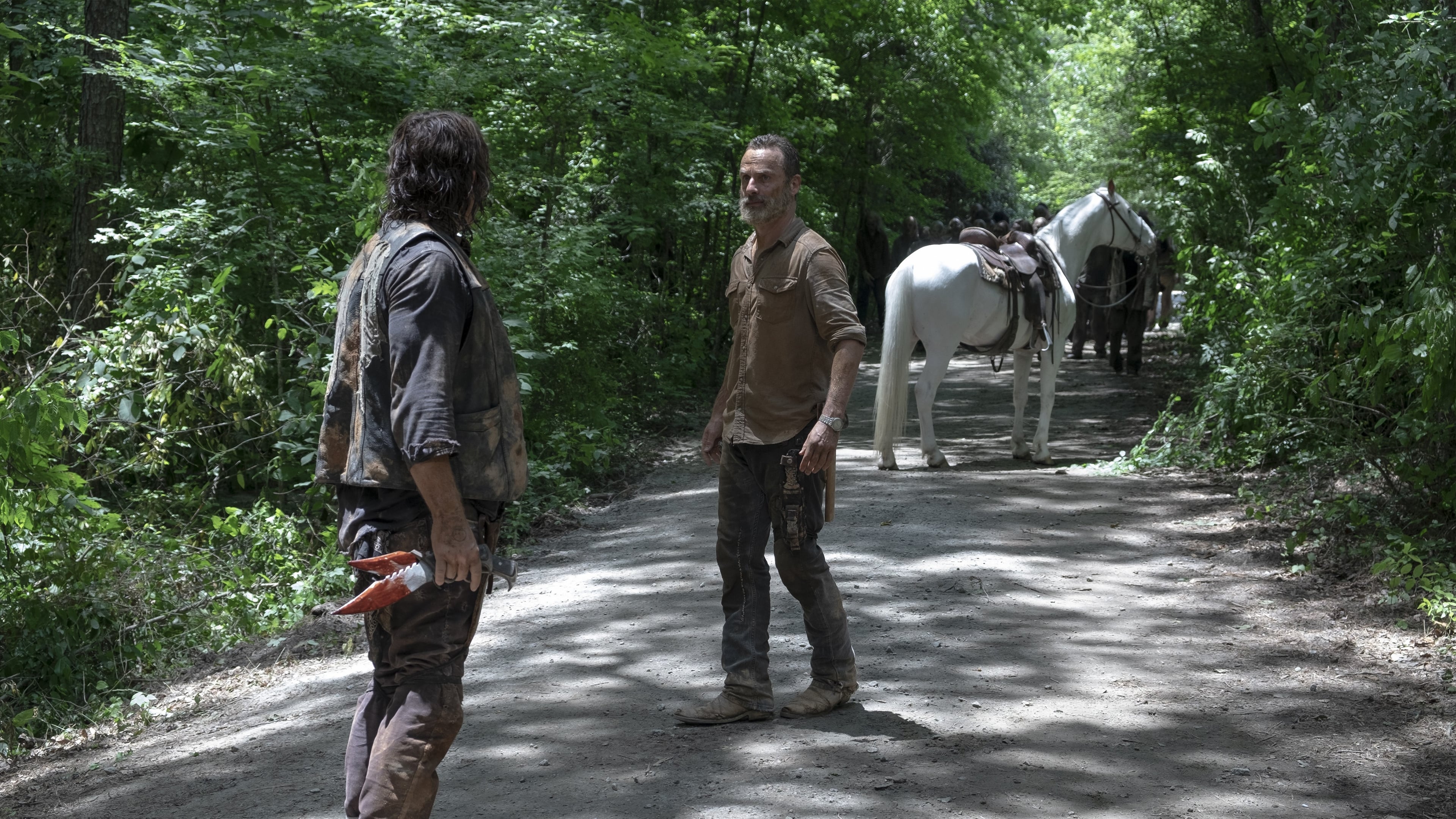 After being warned of Maggie’s plan, Rick tries to stop her, but Daryl drives him off and the two end up falling into a deep pit. They argue over the morality of the situation, with Rick believing Negan will become a martyr for the Saviors, while Daryl disagrees stating that it’s time to let it go. They escape and realize a herd is on route to the bridge. They go in separate directions to divert the herd with Rick being thrown off his horse onto a concrete slab, impaling his torso with rebar and knocking him unconscious.

Meanwhile, Anne attempts to have a walker bite Gabriel but cannot bring herself to do it and knocking him unconscious again, she leaves him in the Heaps with a goodbye note. Also, Michonne deals with Negan who is refusing to eat; During their conversations, she reveals that they do not know the whereabouts of Lucille, which causes him distress.