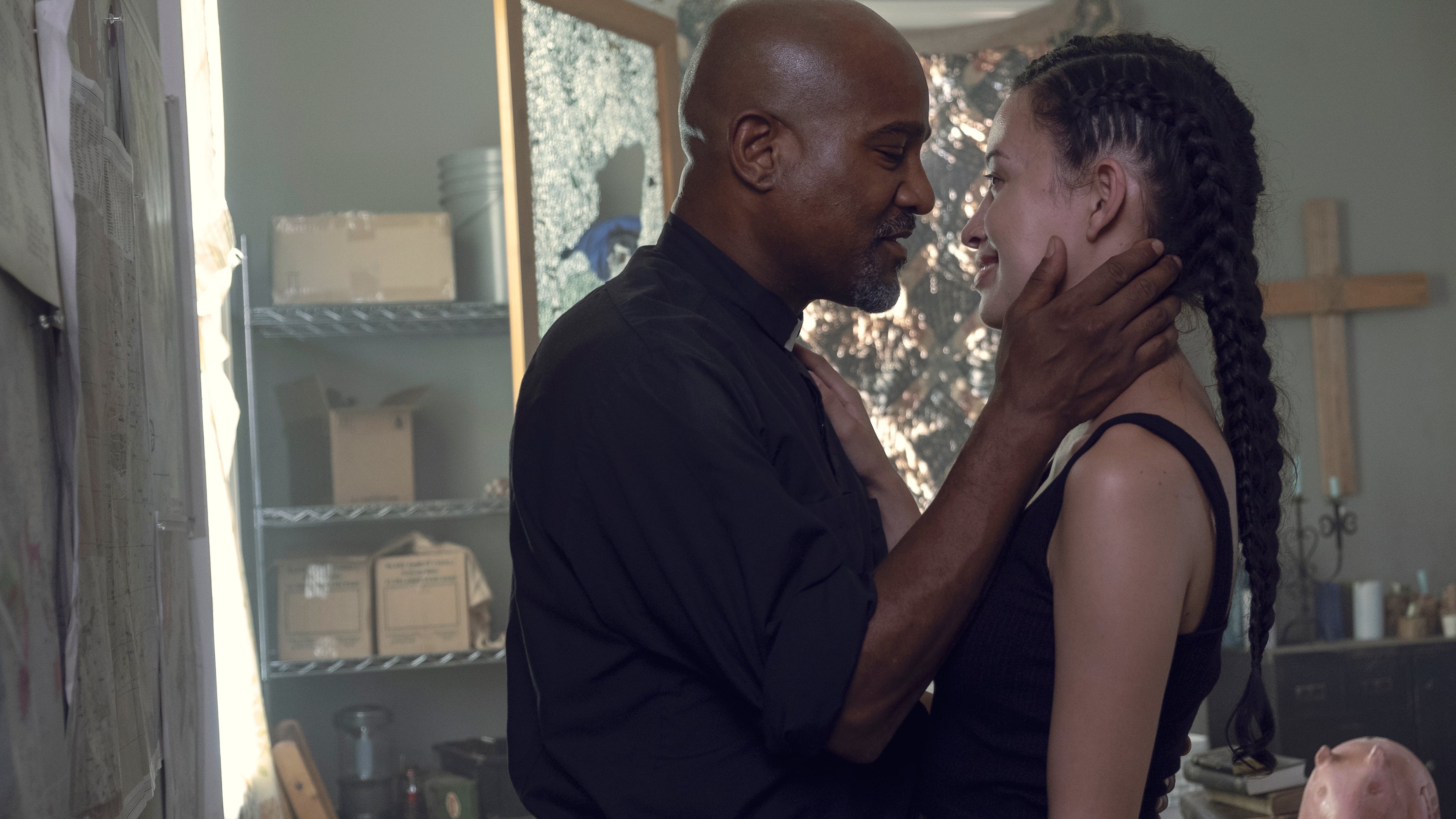 Judith and some Alexandrians bring Magna’s group to their home. A hardened Michonne is reluctant to let them stay and during a council meeting, she points out Magna’s prison tattoo to make everyone distrustful of her group. After talking with Judith and a visit from Magna in her home, Michonne decides to take her group to the Hilltop where she’s sure they will be safe.

Meanwhile, the Kingdom is beginning to fail due to broken pipes which supply power and water. Henry decides to go the Hilltop to learn how to become a blacksmith to help keep his home afloat. He and Carol travel on the road but are interrupted by Jed’s group, the remnants of the fallen Sanctuary. The men raid their wagon and attack Henry. In the night, Carol burns them all alive in retaliation. Later, the two travelers come across Daryl.

While setting up radio transmitting equipment, Rosita and Eugene are followed by a strangely-acting herd of walkers that appear to talk.