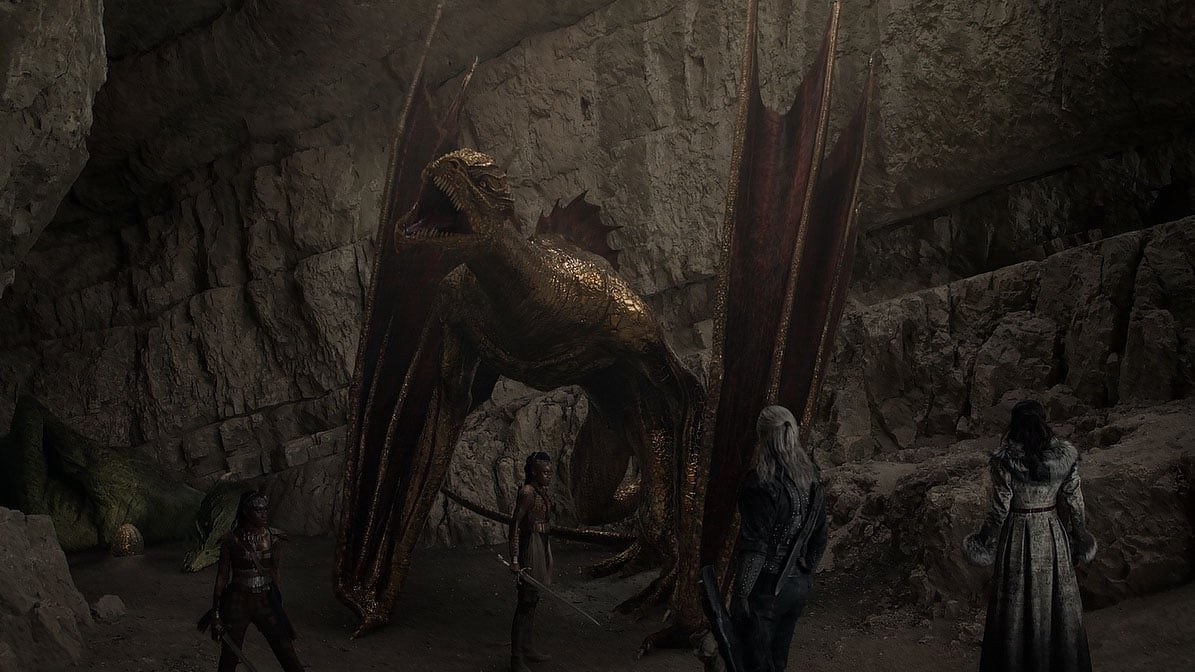 In 1262, Geralt, Jaskier, and Yennefer are invited to join a dragon hunt by the adventurer Borch and his two bodyguards Téa and Véa. Yennefer’s knight joins the party along with a band of dwarves and Reavers, professional monster hunters. After camping overnight, the party finds the knight dead and the Reavers have departed. The dwarves take their party to a mountain shortcut, but the bridge gives way. Borch’s group sacrifices themselves rather than endanger the party.

Geralt and Yennefer reconcile before reaching the dragon’s den, but find it dead with Téa and Véa guarding the dragon’s egg. Borch reveals himself as Vilentretenmerth, a golden dragon. The five of them defend the egg from the Reavers. Later Geralt reveals to Yennefer his third wish bound their fates together. Believing her feelings for Geralt to be artificial, Yennefer declares that she can’t be with him and leaves. Hurt, Geralt blames Jaskier for all of his misfortunes and hopes that they never meet again.

In 1263, Dara grows suspicious over “Mousesack”, so Ciri questions him and the doppler reveals himself. In the scuffle, Dara is knocked out as Ciri escapes, but is captured by Cahir. “Ciri” reveals itself as the Doppler and fights Cahir before escaping. Dara frees the real Ciri, but leaves her. Cahir and Fringilla plan their next move.