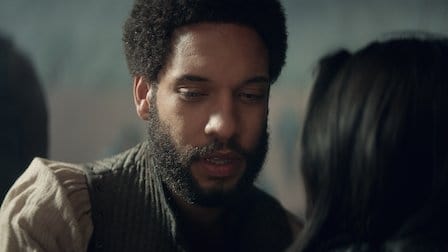 
Plot : Before a Fall

In 1263, with Nilfgaard poised to invade Cintra, Geralt decides to invoke his Law of Surprise and claim Ciri to protect her. Seeing through the impostor Ciri offered up by Calanthe, he is imprisoned by Eist. After visiting Istredd, Yennefer returns to Aretuza with the sorcerer Vilgefortz.

When he announces his intention to rally mages to oppose Nilfgaard, she declines. The Brotherhood votes to remain neutral, but Tissaia, Vilgefortz, Triss and other mages resolve to fight. Tissaia convinces Yennefer to join. Nilfgaard invades Cintra, sacking the city and breaching the castle. Calanthe tries to send Ciri away with Geralt, but he has escaped his cell and is nowhere to be found.

Ciri fends for herself after escaping Cintra. Later, she is discovered by her old friends who suddenly turn on her, and her powers activate.