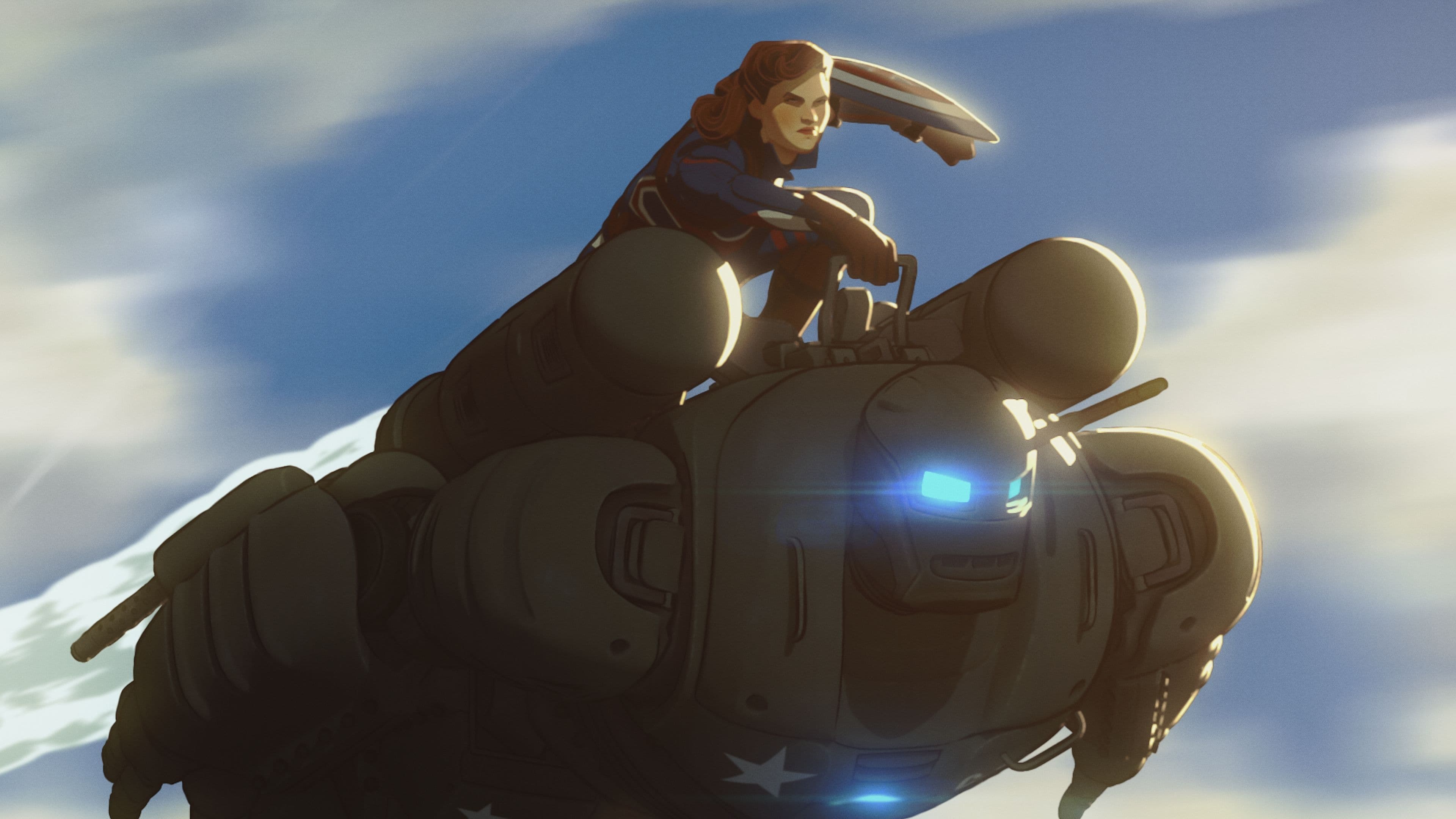 
Plot : What If… Captain Carter Were The First Avenger?

During World War II, Steve Rogers is chosen to become the world’s first super-soldier, but is wounded by a Hydra spy before he can receive the super-soldier serum. SSR agent Peggy Carter kills the spy and receives the serum instead. She is enhanced but banned from combat by SSR leader John Flynn. After she takes the Tesseract from Hydra with a vibranium shield created by inventor Howard Stark, Flynn reluctantly promotes her to the combat role of “Captain Carter”. Stark uses the Tesseract to create a weaponized, armored suit for Rogers to pilot as the “Hydra Stomper”.

Carter and Rogers fight many battles until he goes missing while attacking a Hydra train. Carter and her allies find Rogers when they infiltrate a Hydra base and see Red Skull using the Tesseract to open a portal and summon an interdimensional creature, which kills him. Carter enters the closing portal to force the creature back. Almost 70 years later, the Tesseract opens another portal from which Carter emerges, meeting Nick Fury and Clint Barton.