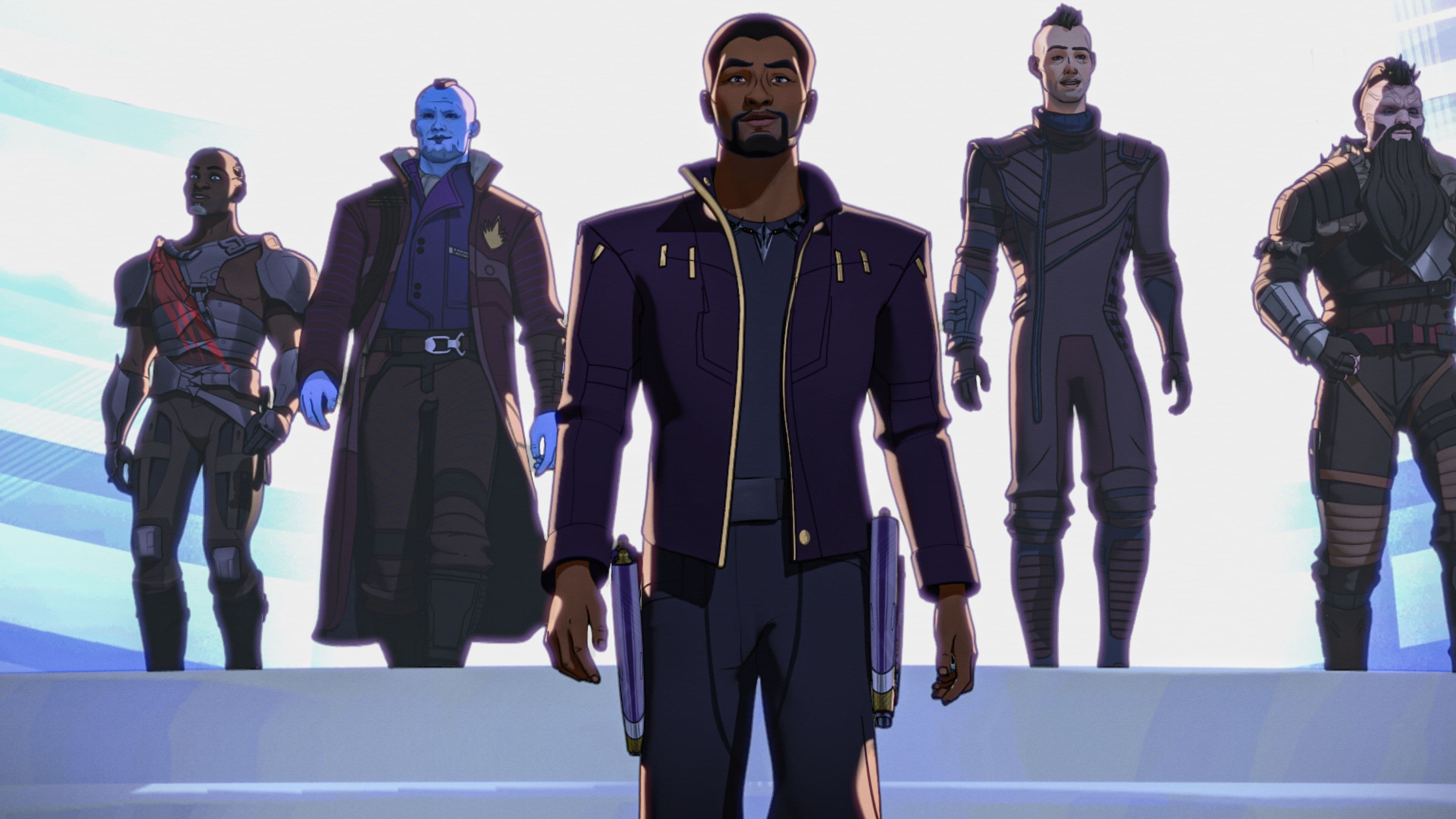 
Plot : What If… T'Challa Became a Star-Lord?

In 1988, the Ravagers are sent to Earth by the Celestial Ego to retrieve his son Peter Quill, but mistakenly abduct a young T’Challa from Wakanda. 20 years later, T’Challa has become the famous intergalactic mercenary “Star-Lord”, and has been convinced by Ravager leader Yondu Udonta that Wakanda was destroyed. Nebula approaches the Ravagers and proposes to steal the Embers of Genesis, a cosmic artifact capable of eradicating galactic hunger, from galactic kingpin Taneleer Tivan.

At Tivan’s headquarters on Knowhere, they offer him the Power Stone as a distraction. At the same time, T’Challa looks for the Embers, but he finds a Wakandan spacecraft that was searching for him. Nebula seemingly betrays the Ravagers, who are captured, but this is another ruse to obtain the Embers. Tivan’s slave Carina rescues T’Challa and helps the Ravagers defeat Tivan. T’Challa forgives Udonta for lying about Wakanda, and they return there so T’Challa can reunite with his family. Elsewhere, Ego approaches Quill, a Dairy Queen janitor.