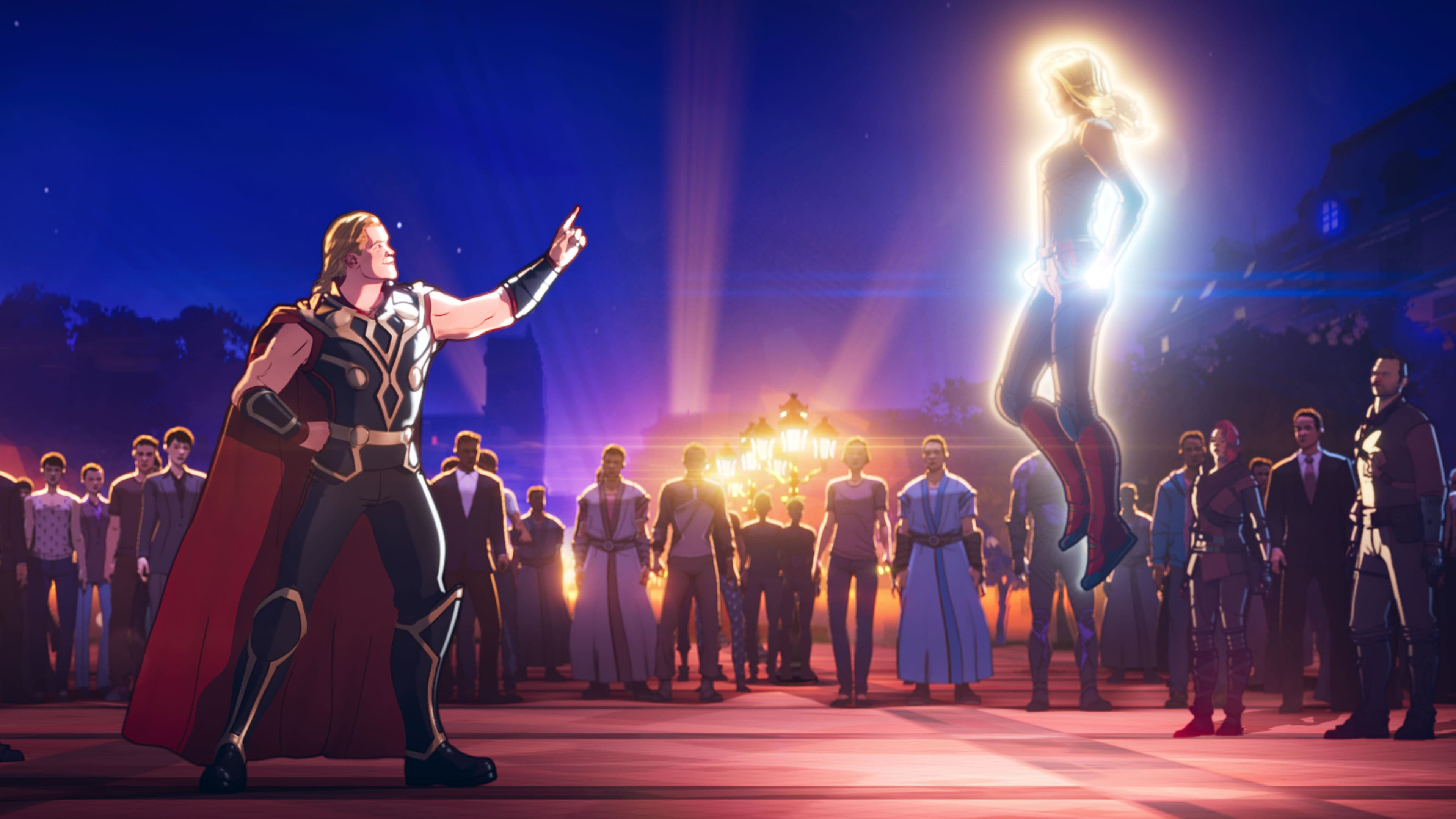 
Plot : What If… Thor Were an Only Child?

After defeating the Frost Giants, Odin discovers the abandoned infant Loki and returns him to Laufey. Centuries later, Odin’s only son Thor has become a boisterous, party-loving prince. While Odin sleeps and Frigga is away, Thor travels to Earth to host a large party with aliens from across the galaxy. His arrival attracts the attention of Jane Foster and Darcy Lewis, who join the party. As Thor and Foster grow close, acting S.H.I.E.L.D. director Maria Hill summons Carol Danvers to end the destruction caused by Thor’s antics.

Danvers is unable to defeat Thor without exerting her full power, so Lewis and Hill suggest she take the fight to a less populated area, while Foster contacts Frigga with Heimdall’s help. Hill readies a nuclear strike as Danvers and Thor begin to battle again, but Frigga contacts them and says she is coming. Thor and the party-goers clean up the mess before she arrives. Later, Thor asks Foster out on a date but is interrupted by an army of drones led by Ultron, who is in Vision’s body and possesses all six Infinity Stones.