Better Call Saul is an American crime drama television series created by Vince Gilligan and Peter Gould. It is a spin-off, prequel, and a sequel of Gilligan’s previous series, Breaking Bad. Set in the early to mid-2000s in Albuquerque, New Mexico, the series develops Jimmy McGill (Bob Odenkirk), an earnest lawyer and former con-man, into a greedy criminal defense attorney known as Saul Goodman. Also shown is the moral decline of retired police officer Mike Ehrmantraut (Jonathan Banks), who becomes closely affiliated with the Juarez drug cartel to support his granddaughter and her widowed mother. Jimmy and Mike’s interactions remain sporadic until their respective storylines fully converge. The show premiered on AMC on February 8, 2015, airing five seasons to date. A sixth and final season, consisting of 13 episodes, is set to premiere in early 2022.

At the start of the series, Jimmy works as a public defender. Struggling financially, he lives in the back room of a nail salon which doubles as an office. His romantic interest and former colleague, Kim Wexler (Rhea Seehorn), is an attorney at Hamlin, Hamlin & McGill (HHM), a law firm co-owned by Jimmy’s brilliant but unwell brother, Chuck McGill (Michael McKean) and proud associate, Howard Hamlin (Patrick Fabian).

After hiring Jimmy as legal representation, Mike provides advice and security for Nacho Varga (Michael Mando), an intelligent drug dealer who later becomes an informant for Gus Fring (Giancarlo Esposito), a drug lord and legitimate businessman. Their operations are disrupted by members of the violent Salamanca family, including Lalo Salamanca (Tony Dalton). Odenkirk, Banks, and Esposito reprise their roles from Breaking Bad, as do many others who make guest appearances.

Better Call Saul has received critical acclaim, with particular praise for its acting, characters, writing, direction, and cinematography; many critics have called it a worthy successor to Breaking Bad and one of the best prequels ever made, with some deeming it superior to its predecessor. 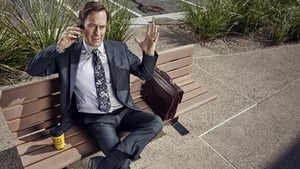