The Mandalorian is a live-action Star Wars television series developed by Lucasfilm. The series takes place about five years after the events of Star Wars: Episode VI Return of the Jedi and airs exclusively on the new streaming service by Disney called Disney+ which began on November 12, 2019. Jon Favreau is the writer and executive producer of the series. Directors include Dave Filoni, Deborah Chow, Rick Famuyiwa, Bryce Dallas Howard, and Taika Waititi.

Season One episodes debuted on Fridays at 08:01 UTC (3:01 AM EST), with the exception of the first and seventh episodes of that season. After the first season’s conclusion, an eight-episode behind the scenes series was released starting May 2020, titled Disney Gallery: The Mandalorian. On October 30 2020, the second season premiered on Disney+.

After the fall of the Galactic Empire, lawlessness has spread throughout the galaxy. A lone gunfighter makes his way through the outer reaches, earning his keep as a bounty hunter. 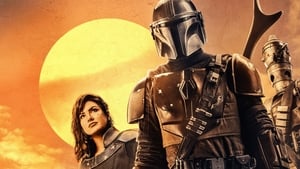